Page 166 - Get up to date with the latest news, scores & standings from the Cycling News Community.
Sidebar Sidebar
Previous Next

Parents seem worse than MvdP to me.
Reactions: jmdirt, Axel Hangleck, Jumbo Visma Fan :) and 2 others
B

Red Rick said:
Parents seem worse than MvdP to me.
Click to expand...

Did they pin down children without any underwear on?
Reactions: Skalman, noob and King Boonen

They don't need to to be shite parents. They're literally okay with their kids harrassing strangers every time they're at a hotel.
Reactions: carton, Escarabajo, jmdirt and 5 others

They willingly ignored their children causing harassment then being insufferable after the fact.
Reactions: KOM and jmdirt
A

Red Rick said:
Parents seem worse than MvdP to me.
Click to expand...

No seem about it; they are. Letting their kids run around a hotel at night. WTF
Reactions: jmdirt
R

So what lesson the authorities and parents taught the kids? That it is Ok to harrass people without any consequences? Cool, what a time to be alive. If I was the parent, those girls would not see their phone for some time. Not defending MVDP, I dont know what really happened and he could probably handle the situation differently, but the parents are exactly whats wrong with todays world.
Reactions: KOM, jmdirt and Riek s
J

dazaau said:
Thanks, that is the most detailed version of events I have seen. Looks like his girlfriend did try to ask them to stop first. I understand his frustration, but if accurate that is a very very poor choice of actions indeed.
Click to expand...

By 'detailed' do you mean dramatized and faked up?

Jumbo Visma Fan :) said:
They willingly ignored their children causing harassment then being insufferable after the fact.
Click to expand...

Now try to get someone arrested for that and maybe you'll start seeing which is worse
Reactions: Escarabajo and noob
J

YT user „hey“ ( https://m.youtube.com/channel/UCZS_nnAMzLDeEMb85YPFDQw/featured ) obviously joined YT yesterday, just to make public the MvDP hotel video. He offers no other videos. Only video he made public is that of Mathieu…
Reactions: jmdirt and noob
J

Berniece said:
Oof, he clearly assaulted them. Such a dumb reaction of Mathieu.

But the arrogance of the kids...
Click to expand...

There is nothing 'clearly' in that video.
Reactions: Escarabajo

hrotha said:
Now try to get someone arrested for that and maybe you'll start seeing which is worse
Click to expand...

You're trying to tell me that people have never been arrested for harrassment or that justice outcomes are fair by definition?
Reactions: Jumbo Visma Fan :)

Now he didn't even have underwear on?

Anyway, he has admitted he made a mistake.

hrotha said:
Now try to get someone arrested for that and maybe you'll start seeing which is worse
Click to expand...

People get arrested for harassment you know.
B

RedheadDane said:
Now he didn't even have underwear on?
Click to expand...

Pretty sure that I didn't say that
Y

In my opinion the biggest issue is that Australia is holding an International Sporting Event in which this unfortunate incident has occurred, which does not reflect well on the country - The police could have interviewed him 24 hours later - You probably would have got the same result ( police charges ) but it would have attracted less world-wide attention.

Red Rick said:
You're trying to tell me that people have never been arrested for harrassment or that justice outcomes are fair by definition?
Click to expand...

I'm talking about "being a kinda shitty parent who raises kinda shitty kids". It's not at all clear to me that what happened constitutes harassment.

noob said:
For everyone that wants the girlfriend to be involved; no. It's not her responsibility. Also I think a number of girlfriends wouldn't be too happy to see their guy run out in his underwear to chase down teenage girls.

I know for sure I wouldn't know whether to hide or try to stop the guy if it was me. I'd definitely scream "YOUR PANTS!" before he did his chase though, because that's just too embarrassing.
Click to expand...

I feel you are constantly bringing a sexual note into this which is absolutely not there. There were teenagers acting like 8year olds, a grown-up man defending himself in a very immature way. Men often don't feel as uncomfortable about being "naked" as women do, especially athletes who are used to be seen half-naked. (For instance I would probably get off the bike if my butt was pretty much totally blank and I was sitting on a race bike in front of cameras, but many cyclists who have crashed don't.)

I am not a van der Poel-fan, and he really didn't show a great side of his here, but the outrage about this is just... too much for me. He should have seriously excused himself right there, the girls should have excused themselves, how things like this get so big and official, I don't really know.
Reactions: KOM, DoYouEvenRideBruh, jmdirt and 2 others
S

Riek s said:
So the alternative is:
i'm sorry but you are joking right? These aren't solutions.

Harassment is harassment. And yes people think its a normal teenager prank... well as i stated before, in that case it is also a usual ass beating if you get caught. (also typically you do it once, not multiple times again and again.. in some parts of america they can probably shoot you since you are trespassing, after repeatadly being asked to stop...)
In court he can sue,unfortunatly what can he get out of it? not much. Lost damages are hard to prove. At best he can get a fine for the parents and a restraining order, which i think is pointless as they will never meet again in normal situations.
That said, he shouldn't sue for the judge or whoever is presiding this case to remove the fine crap and give the parents a stern stare as well... This is absolutely redonculess that it gets to this point for a matter where two parties involved are at fault...

Again, does it matter it were girls? no it doesn't
Does the underage has an implication? no it shouldn't . It is not because they are younger they have more rights... the rights are the same, they might not be held accountable, but the parents will be in that case.

Its not about a one time thing, it is about a repeatitive harassment where they were asked to stop but didn't.
Click to expand...

You care about the righteous solution. But For MVDP in that situation, it’s the expedient and pragmatic that was most needed. What was the real problem here for VDP: it was losing sleep& getting frustrated. The quickest solution is to remove oneself from the problem situation—whether it was kids harassing, bedbugs, crank calls, whatever. The longer he stayed active in that situation, EVEN if he wasn’t ever arrested, the more sleep he would lose and the more his mind would be on something other than winning the WC.

what was the biggest thing he stood to lose when this started? His shot at the rainbow jersey.
Last edited: Sep 27, 2022
Reactions: Bolder, Riek s, saunaking and 1 other person
S

Riek s said:
Ding dong ditching may amount to harassment, and it is worthy of note that a parent may be liable if they helped their child commit the offense.

edit: ding dong ditching is unlawful because it infringes on the rights of others and disturbs the peace. 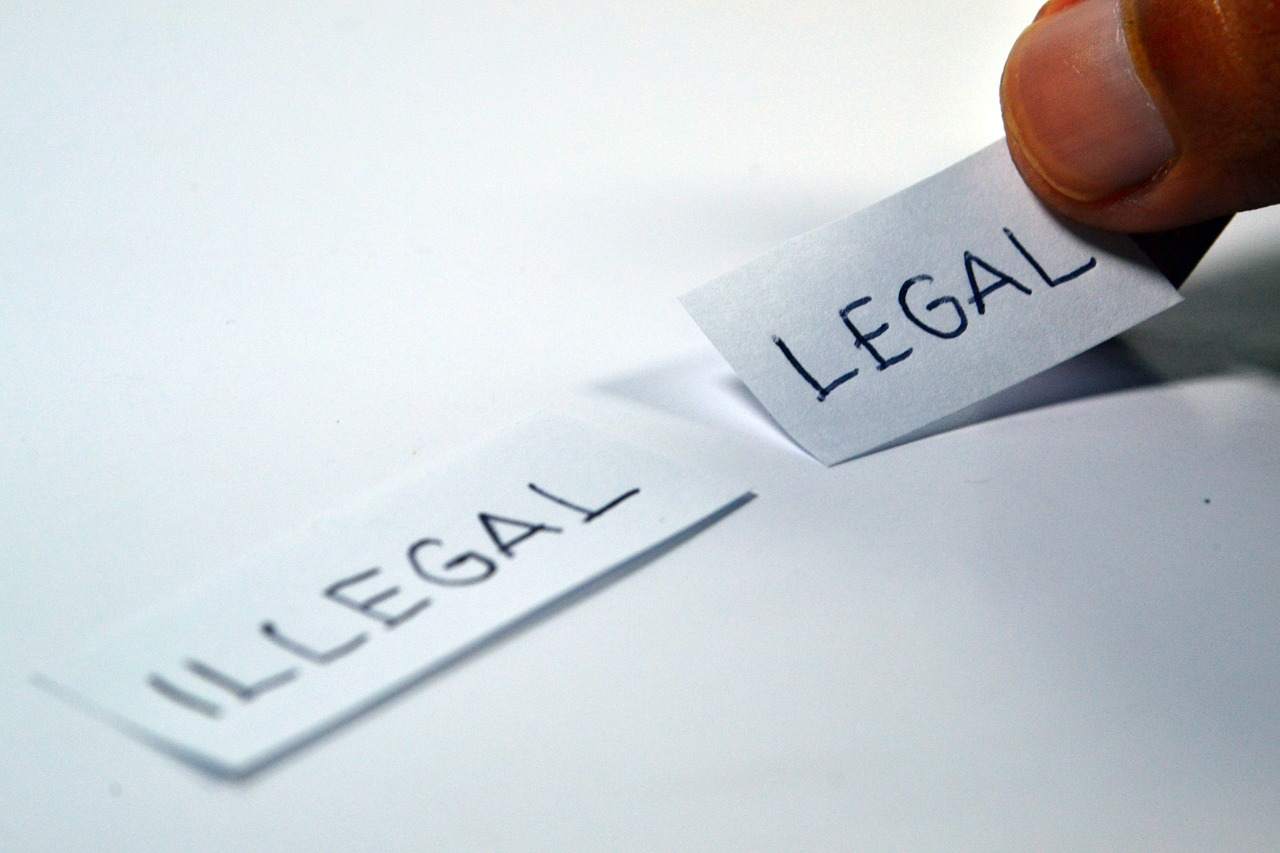 Is ding dong ditching illegal? Here's what the law says

Is ding dong ditching illegal?, the childhood prank you have always thought to be harmless may actually constitute an illegality, under some


I don't want to say this should happen to them, but some here don't seem to understand that knocking on people door is a form of harassment and punishable by law. There is a reason for it, it is not just a simple innocent prank...
Click to expand...

Some people here don’t care what happens to the kids/family because the damage has already been done. At least for me, I care about how MVDP can move on from this without further damage to himself and regain his focus on his life.

As far as what happened that evening, most of my feeling is simply mourning that he didn’t get to be ready to race after all the months he put into preparing, and that we did not
didnt get to see him light up the race with Remco.
Last edited: Sep 27, 2022
Reactions: noob

Bonimenier said:
Pretty sure that I didn't say that
Click to expand...

Without any underwear on. Or are you saying that in order to be worse than VDP, they'd need to be completely naked in a similar situation?

It's gone from the sports pages to the news pages in the UK populist press.

RedheadDane said:
Without any underwear on. Or are you saying that in order to be worse than VDP, they'd need to be completely naked in a similar situation?
Click to expand...

That was how I interpreted it.

Still I can't see how his clothes play any role at all.
Reactions: jmdirt

Carrick-On-Seine said:
It's gone from the sports pages to the news pages in the UK populist press.

The parents of these girls who played knock-and-run with Mathieu‘s hotel room door underestimate (or: cannot know) what men‘s pro road cycling means to the public in the Benelux countries. The best riders get celebrated like Lionel Messi in Argentina.

These parents of the girls possibly should be happy that they (parents and whole family) remained anonymous until now. Otherwise, I fear that fanatic MvDP supporters/tifosi/hooligans in the meantime would have visited the whole family at home. This could have had sad consequences for particularly the girls‘ parents…

Mathieu‘s WC RR got destroyed - that is the final of the FIFA World Cup for Messi. Don‘t mess around with Dutch and Belgian extreme supporters. When emotions are high, and people have drunken a beer or two, sad things have happened before…
You must log in or register to reply here.
Share:
Facebook Twitter Reddit Tumblr WhatsApp Email Link