Route description
The stage starts from Briançon, famous for its Vauban-era citadel atop which many Tour, Dauphiné have finished – sadly, it’s been a while since it’s been used as such. The neutralisation ends just before we hit yesterday’s route, and the first 80 kilometres follow this in reverse. The intermediate sprint comes extremely early, in Le Monêtier-les-Bains – not that it will have much of an impact in this year’s green jersey ‘battle’. 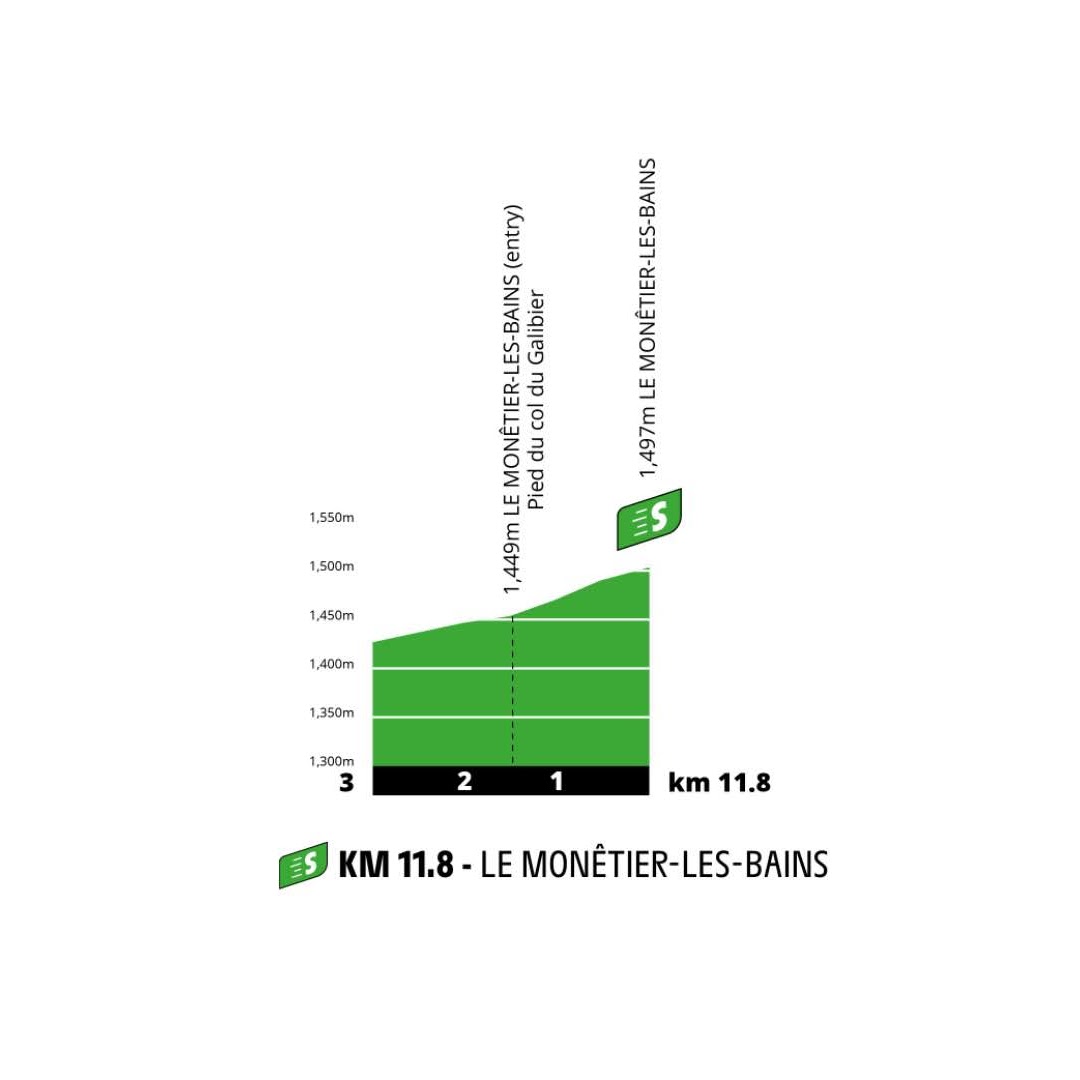 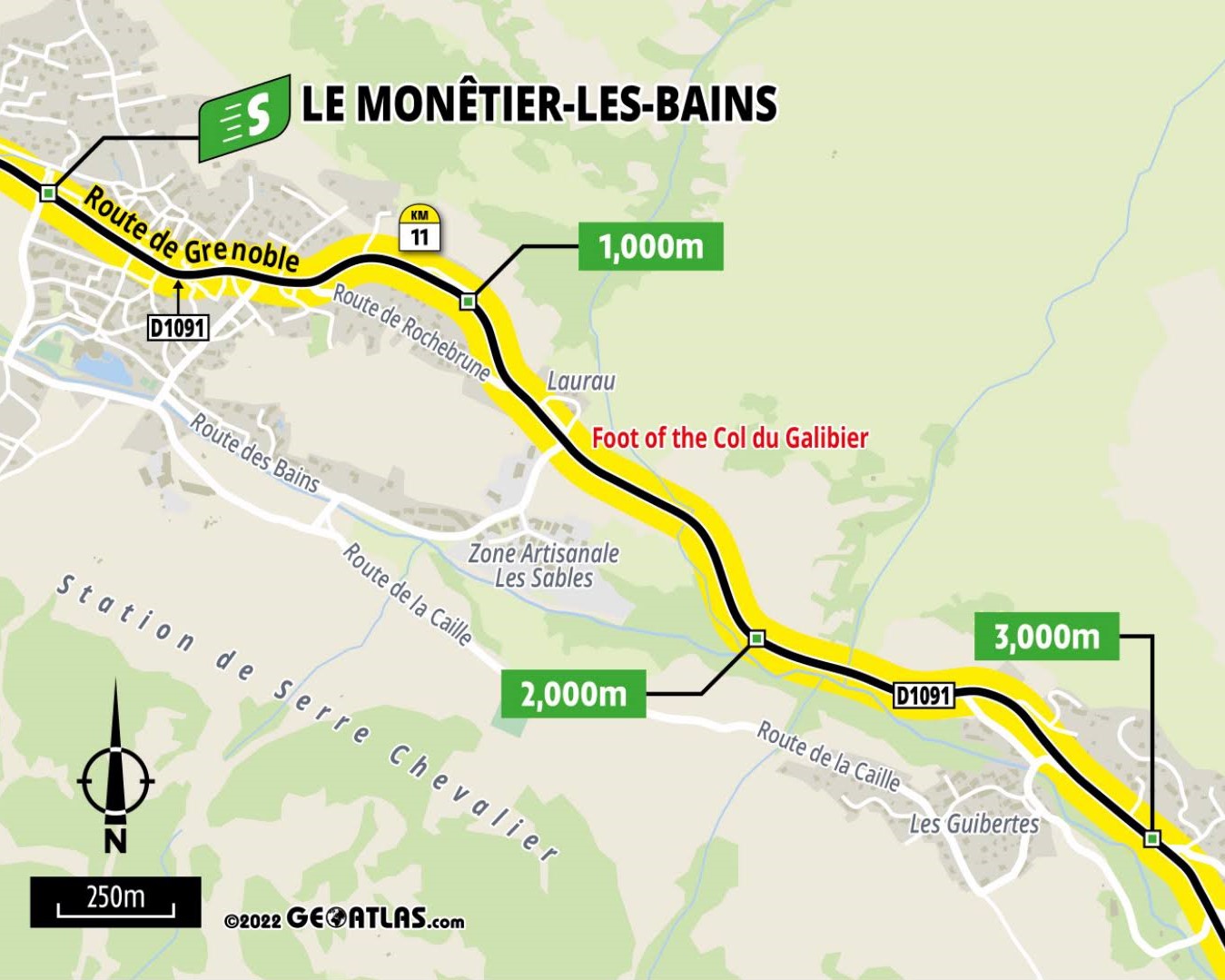 As you can see, by this point the Col du Galibier has officially started. The summit of this easy side of the climb comes after 33.2 kilometres, so you can probably work out where the official start is on the profile below.

The descent is briefly interrupted by the bump up to Col du Télégraphe. Much like Soulor after Aubisque, ASO don’t bother with categorising it – it wouldn’t be more than a cat. 4 in any case.

After traversing through the Maurienne valley once more, the riders will reach the bottom of Col de la Croix de Fer about midway through the stage. Both the northeastern and the southern sides are very irregular and those are the two that will be tackled today, making for the same run-in as the previous two Huez stages.

The descent is marked by two short rises, the second one of which ramps up to 12%. It brings us to the Oisans valley, famous for shattering the dreams of anyone who dares attack before Alpe d’Huez. Once Bourg d’Oisans is reached, the foot of the final climb is near. Last time up, in 2018, isn’t exactly the most fondly remembered – Kruijswijk’s long raid got closed down, the favourites didn’t attack each other until the last moment, and above all Nibali got knocked off his bike by an idiot supporter and had to abandon. Perhaps that’s why this is the longest (or rather, least short) layoff the climb has seen outside the 24 years between the first two ascents – for reference, this is the 31st Tour finish here. 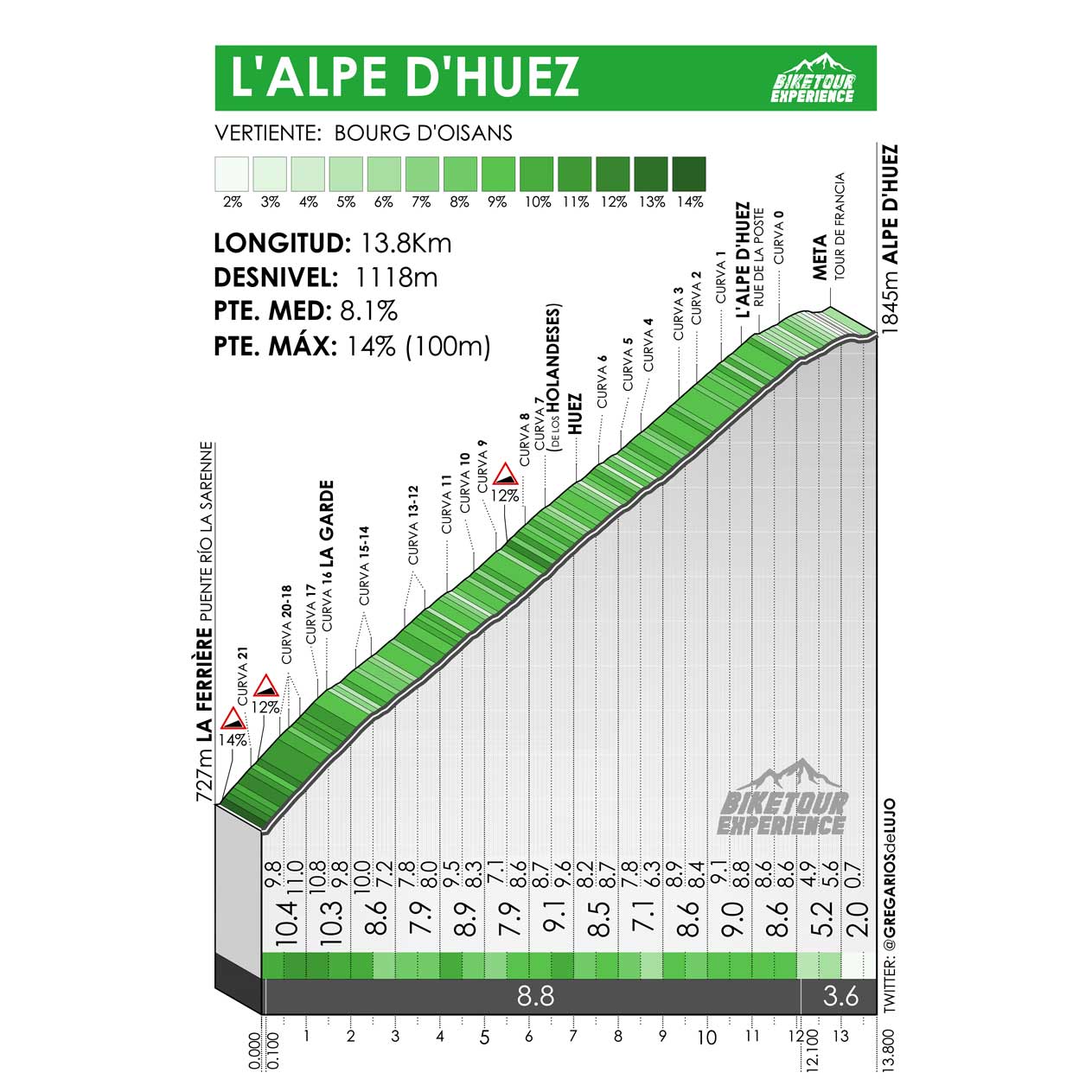 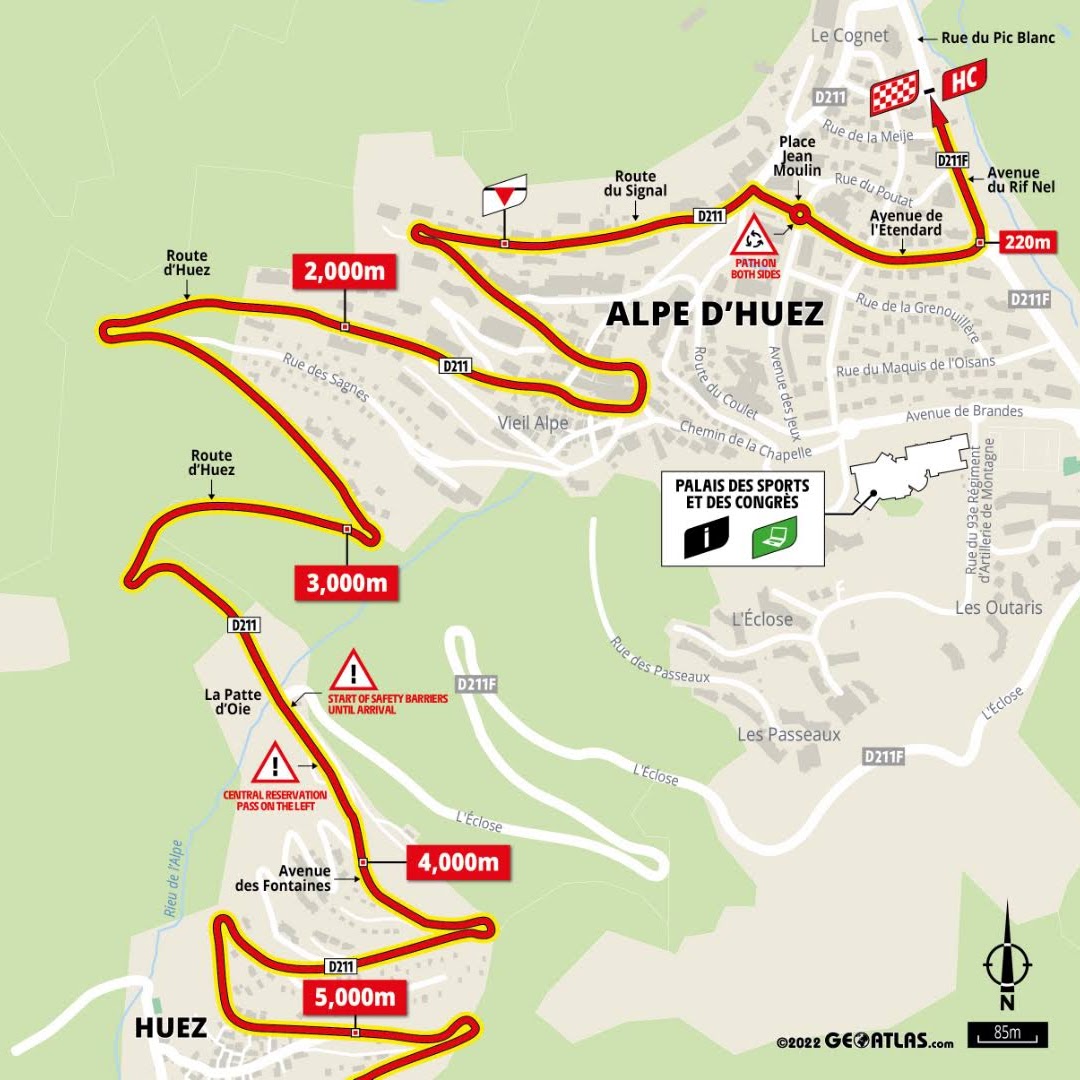 I expect Pinot to win from the break as the GC leaders have no reason chase it down.
Reactions: Tonton, Sandisfan, claude cat and 6 others
K

There are zero guarantees on this stage except that Barguil will attack and the ASO cameras will get every detail of his pain faces as he leads the GC group into ADH by a solid 45 seconds.
Reactions: Scarponi, Sandisfan, CJCycling and 4 others

Tough one to call after today's epic.
UAE can't be expected to overpower JV, meaning it depends on Pogačar's recovery.

Crunchtime in the polka-dot classification.
Reactions: Sandisfan and CJCycling

If it's not GC contested then it seems set for Pinot on French day.
Reactions: Tonton, Sandisfan and carolina

Every French climber who isn't in a decent position on the gc will hmgo on the attack.
Reactions: Tonton, Sandisfan, CJCycling and 2 others

The Jumbo-Visma train will chase the break down and set up the GC fight on Alpe d'Huez.
Reactions: CJCycling and gregrowlerson

It will be a classic stage.

JV will let the break go not caring to bring it back (not letting UAE, DSM or INEOS get more then 1 riders each in it if even that).

They will ride a train till Alpe d’Huez and the GC-contenders will not make huge differences (Alpe d’Huez being hardest at the beginning and no one being willing to attack with most af JV still there).

Alpe d’Huez is a beautifull finish, but rarely a great scene for epic battles. There is just to far from the second to last mountain untill Alpe d’Huez.
Reactions: Sandisfan
B

Time to sticky this and un-sticky the stage 10 thread?
Reactions: Sandisfan

Another massacre between the favorites but TV director won't show us anything because he needs to show the frenchies in the break on quatorze juillet.
Reactions: Sandisfan and Poursuivant

Samamba said:
Another massacre between the favorites but TV director won't show us anything because he needs to show the frenchies in the break on quatorze juillet.
Click to expand...

To be fair they picked it up after that atrocious shots on Telegraphe where the race just exploded. I have seen much worse - Im confident that the Giro woulda shown the break while Rogla-Vingo did Pogacar dirty on Galibier.
Reactions: Sandisfan, Barnacle Bill and Rollthedice
T

Nairo has the non-EPO era record on the Alpe, pure climbers climb, he looks good and it's time.
Reactions: danielovichdk2, Cagalitroso, Sandisfan and 1 other person

Tim Cahill said:
Nairo has the non-EPO era record on the Alpe, pure climbers climb, he looks good and it's time.
Click to expand...

but perhaps YATES might do a Yates....
Reactions: Tonton, Sandisfan and MrTea1976

Tim Cahill said:
Nairo has the non-EPO era record on the Alpe, pure climbers climb, he looks good and it's time.
Click to expand...

Pogacar to bounce back but still not able to drop vingo. He'll win in a two man sprint.
Reactions: VayaVayaVaya and Sandisfan
T

I didn't know how to word it ok

It's a good time let's just put it that way, 19th fastest, or 23rd depending on who's timing it.
Reactions: Sandisfan

Roglič likely getting an off day and to win this stage.
Reactions: Sandisfan

Tim Cahill said:
I didn't know how to word it ok
Click to expand...

Pastebin.com is the number one paste tool since 2002. Pastebin is a website where you can store text online for a set period of time. 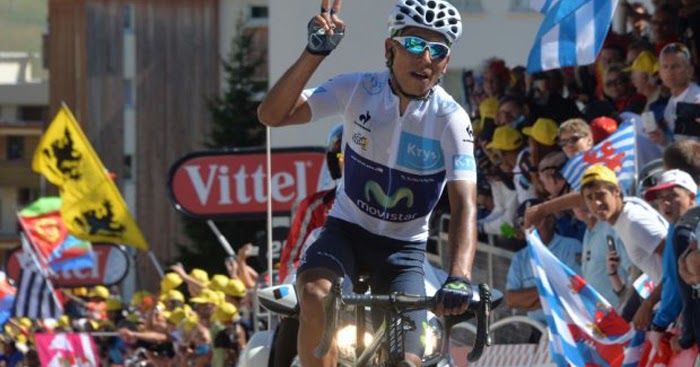 Three riders make it into the Alpe d'Huez Top 100

Most likely scenario is Jumbo to go Jumbot after today and leave the break win whilst WVA and Benoot pace the peleton over the mountains.

I could see them or Ineos try and test Pogacar and UAE on Galibier to see how he responds and if he looks weak, they might go for the kill.
Reactions: Sandisfan

titan31 said:
Most likely scenario is Jumbo to go Jumbot after today and leave the break win whilst WVA and Benoot pace the peleton over the mountains.

I could see them or Ineos try and test Pogacar and UAE on Galibier to see how he responds and if he looks weak, they might go for the kill.
Click to expand...

Very prestigious and exhausting stage. A win from the breakaway may be considered heroic.
G

Tommorow Pog attacks whole Jumbo squad (or what's left of them) on the last climb. Vinge looses 10s to 30s.