Page 102 - Get up to date with the latest news, scores & standings from the Cycling News Community.
Sidebar Sidebar
Previous Next
P

At least we have a good excuse to use this thread on July!

Valv.Piti said:
Guy looked totally lost today in the team presentation when the reporter wanted to ask Jasha a couple of questions, that was pretty funny.
Click to expand...

The highlight of the presentation for me He really did seem confused. Tied with the awkward FDJ team presentation.
Click to expand...

He probably thought the question was going to be directed in his direction and was trying to understand what he was saying!! :lol:
Click to expand...

This must be the explanation, but he really didn't know what was happening. He looks angry. :lol:

(The massive cringe with Jens Voigt not recognizing Arnaud Demare: 1:19:9)

*** it Bananito's jersey reminds me of the good ole MAPEI times.
Fuel for the clinic forum, but what a show.

Same time as Contador and Fuglsang. Normally, PDBF suits him so I expect a good performance.


pink_jersey said:
Same time as Contador and Fuglsang. Normally, PDBF suits him so I expect a good performance.
Click to expand...

Pretty incredible to think about how far he has come. Very good result which deserves respect - Bananito needs to be close to his best level, he can be pretty crucial now that Valverde is gone. All I hope is Quintana will dare and just say fck it now.
I

Relative to the field, it's clearly not "good".

He could be riding himself into a leadership role at the Vuelta with a strong race here.

Which would have seemed absurd at the start of the season.
Z

Sure, but he has to actually have a strong race here first. He was not good today and the fact that the rest of Quintana's teammates were worse doesn't change that. He came in nearly 2 mins behind Roche, his opposite number on the BMC team. This should be his kind of climb too. I'm not writing him off, I really hope he does do well, but he hasn't so far.

Being the last man for Quintana on paper, it was not good enough. I think he did nothing at all for the team: he was not in the train bringing Nairo to the front and I didn't see him near the front on the climb. Luckily, La Planche des Belles Filles is not a climb where you can do a lot for your leader.

Of course, this is the strongest field in the world, his form is certainly good but not perfect, which is needed in the Tour. He will improve, I'm 100% sure of that, but once again (after Giro 2016) I think Movistar brought him too early to a GC. I preferred a perfect preparation for the Vuelta, rather than a last minute change to his initial race calendar because he showed some signs of progress in Suisse. And now with Valverde already at home, there's a lot of pressure on Betancur's shoulders, while he's not ready for that (yet).

Anyway, let's hope he gets some freedom in the last week in order to fight for a stage win (similar to Ion Izagirre last year in Morzine).

This video is not available in my country. What does he say?

If he goes into breakaway tomorrow, he can win imo.


Blanco said:
If he goes into breakaway tomorrow, he can win imo.
Click to expand...

Hard to see eight-rider Movistar sending him on the break tommorow.

Popchu said:
This video is not available in my country. What does he say?
Click to expand...

Not much. Very slightly edited version:
You've been going well, how do you feel? Well. Good. We're taking it day by day. Yesterday was a hard stage and I paid for it a little at the end. But I'm well. I've prepared well. When we get to the end of the Tour, there we'll move up.
The idea is to start with the hard stage on Sunday? Saturday and Sunday are hard stages, but we'll be there.
Your legs are well? Yep.

Something big is coming.

This sounds so wrong, but whatever.
I

According to medical reports he was stung by a hornet during the stage, leading to a crash.

Come on! the bar is higher than that.

Come on! the bar is higher than that.
Click to expand...

Why? Not only a WT-race, but an incredibly hard raced Tour stage. Attacking in the end proves he survived the day well. I do wonder what his real climbing shape is tho, when he has done well the last couple years, it hasn't been on real mountain stages. Which makes sense considering his weight and body structure
I

Come on! the bar is higher than that.
Click to expand...

Well ofcourse, but it's more than 2 years ago that happened so first things first.


Alexandre B. said:
According to medical reports he was stung by a hornet during the stage, leading to a crash.
Click to expand...


Alexandre B. said:
According to medical reports he was stung by a hornet during the stage, leading to a crash.
Click to expand...

Poor hornet, did it survive? 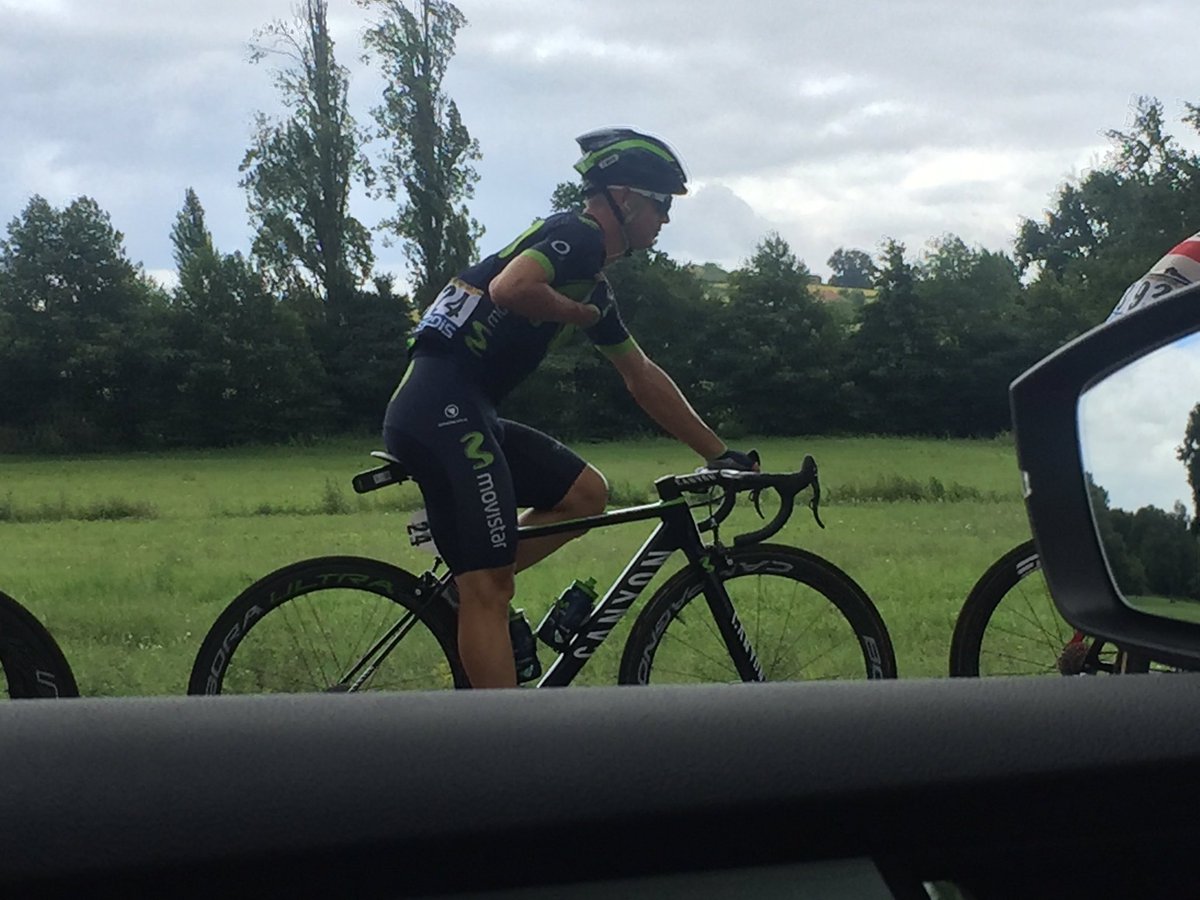