Page 76 - Get up to date with the latest news, scores & standings from the Cycling News Community.
Sidebar Sidebar
Previous Next


IndianCyclist said:
Movistar- Donot give Betancur a break. If he takes it, he will be broken once again.
Click to expand...

He was at the front today and even reeled in some guys for Valverde with less than 10k to go. That is a first in a long time. We should also see the positive things.
A


IndianCyclist said:
Movistar- Donot give Betancur a break. If he takes it, he will be broken once again.
Click to expand...

Loved this little nugget from a couple of day's ago:

He was probably talking about total body fat not kilos overweight, but still there's a little something for y'all to chew on.

In any case I'm glad to see he seems to be in a good place personally and with his team. Vamos Bananito!

He is selected for Liège. That's good news, it shows the team is pleased with his performances.

With the bad weather announced, I hope secretely he will be involved in some kind of a long range attack. Quite unrealistic, but one can only hope.

Today I saw the cubby guy in an Orica jersey who totally looks like Bananito on a training ride.
The last time that I saw him Bananito won the Vuelta a Castilla y Leon stage on the same day, so it's a good omen. Bananito will wreck people in a brutal LBL.
Lol, apparently seeing his chubby, orica jerseys wearing doppelgänger is in fact a good omen, he looked really strong, he probably was the strongest Movistar rider.
Vai Bananito!
It's a shame that the won't send him to the Giro with Valverde, he seems to see him as his mentor and riding with Valverde seems to be good for him. I don't know if they should send him to the Tour or let him race a few one week races durning the time and give him a spot as a protected rider for the Vuelta.

Doing a really good job so far in LBL. Looking really good in the Movi train, taking jackets from his teammates and such. maybe just maybe he could even try something?

Nice to see. Even through it's just a test balloon for Valverde!

Pretty good. He'll likely be a useful worker for the rest of the season

Betancur is back Maybe he'll even make it to the TDF team.

Good to see him back.

Needs to continue to race and train - Should aim at a GC result at the Vuelta.

Its time to say goodbye to AC avatar for few weeks

Has Valverde convinced Unzue? Betancur has been replaced for Romandie.

I hope so. It would be nice to see him in the giro. He could win a stage for sure and he has worked well for the team these past few weeks.


carolina said:
I hope so. It would be nice to see him in the giro. He could win a stage for sure and he has worked well for the team these past few weeks.
Click to expand...

Sure, but wouldn't it be better to keep him "hungry" this time? I don't know, maybe a setback seems more likely by pleasing him now than sticking to the original plan?
L


liamito said:
Has Valverde convinced Unzue? Betancur has been replaced for Romandie.
Click to expand...

Giving everything, and more with the news I got today.

I actually think it's better for him to avoid trainnig periods. If he's in a competition he won't get opportunities to be lazy. He seems in really good shape, except for some extra kilos.

He wasn't that bad in giro last year and his starting shape was much worse.

This picture is just awesome: 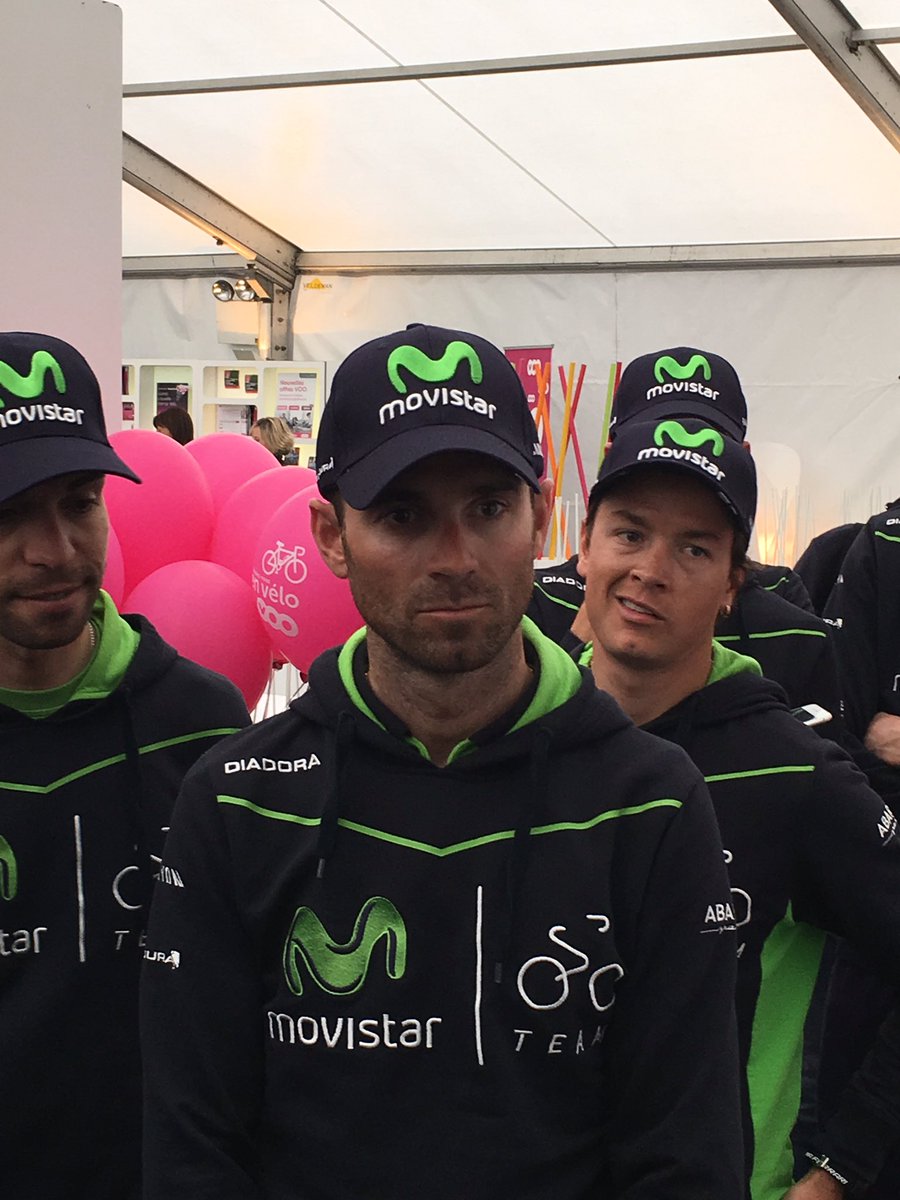 Bala looking dead serious and Bananito just being a badass.
You can make jokes about his weight, but the guy is a monster when it comes to recovery, just look at his 2011 Season as a neopro, really strong in the 3rd week of his first gt, by far the hardest gt in recent history, and really strong at the end of the season.

This is legit happening. They don't pull him out of a race last-minute for nothing.
B

Great to see this rider back on form. I doubted we would ever see him at the top table, but that was one hell of a ride.

It would be lovely to see him given a protected role in the Giro or Tour, and then working for his leader when the serious stuff starts.
I