Page 2 - Get up to date with the latest news, scores & standings from the Cycling News Community.
Sidebar Sidebar
Previous Next
R

He is a beast. One of the best cobble riders, quite a good climber, decent sprinter... he only lacks a bit of time trialling ability to be an astonishing rider.

Interesting you would mention this, Naesen and his brother both often train with GVA and former Belgian champion Preben Van Hecke, since GVA has been winning they aswell have been riding well. I wonder if training with GVA just makes you a beast. They say GVA never lets them win a single sprint during a training ride and GVA never lost one.
T

A good show in Belgium Champ..

Dunno. He is different. GVA had a very slow growth. He was always up there and around there, but never won big until the last 2 years.

Naesen will do so faster I think
E


GenericBoonenFan said:
Interesting you would mention this, Naesen and his brother both often train with GVA and former Belgian champion Preben Van Hecke, since GVA has been winning they aswell have been riding well. I wonder if training with GVA just makes you a beast. They say GVA never lets them win a single sprint during a training ride and GVA never lost one.
Click to expand...

Yes, the training group that Greg Van Avermaet founded with his two cousins, the Ongena brothers. The two raced with Oliver Naesen as amateur I think and they asked him whether he could join the band and he said yes. The "Parelvissers" ("Pearl Fishers"; Greg does not remember where the name comes from). Actually it's a group of riders from the Waesland but Ollie is not a Waeslander, if I'm not mistaken. He's from Berlaar (Metro said he was from Ostend ). When Naesen rode along with the band for the first time he impressed Greg. At a certain point nobody's able to keep up with him but along came Oliver and he could keep up. That's how Greg realised the guy could get very far. Actually Oliver partly owes Greg his Plouay win. When Rui Costa counter-attacked on Ty-Marrec, Van Avermaet stop taking turn to let Oliver's breakaway hold through while knowing himself that the peloton wasn't far behind.

After the GPE3 Harelbeke, Naesen said that he had sprinted about 400 times against Van Avermaet and never beat him, so he knew he was done. That seems to second what you are saying.

Two different riders but both late-bloomers. Greg turned to cycling at age 20 (am I wrong?). He was a football player, goal keeper but realised he had a future in cycling when he could keep up with his then brother-in-law Glenn D'Hollander in the climbs. However when he turned pro, everybody knew he would be the new Belgian great. Oliver's story is amazing. Three years ago he was still a full-time courier, a package delivery man for a washing plant based in Lokeren, did tours of 300 to 400km a day, served about 80 customers a day. Cycling was just a hobby. Only when he won a kermess with some pros, he realised it could be worthwhile sacrificing a little bit for cycling. He started spartan training while still working full time, only kept contact with friends by whatsapp. A great example of tenacity! It's wonderful to see where he is now, when you look back at where he comes from!

And some would look down on him just because he had a bad behaviour (understandably) after the Franco-belge. :Neutral:
T

Seems like the time of year to start thinking about this guy again. His form looks strong and the bad weather predicted should suit him to eliminate some of the faster guys in Dwaars. Somehow I think it's his best opportunity more than Ronde or Roubaix.
M

He crashed today, but has no fractures. Still his knee seems to be damaged, so he might not be able to start on Sunday.

Crash again today at bad moment. Magically, managed to get back. But only have the power to hang on till the end.

So much bad luck and still he finished with the better ones in the race.

I wish Naesen had more luck this spring..
C

I'm afraid he's heading in the same direction as Sepp. They shouldn't be the main man for any team, because they won't accomplish anything from that position. They are both fantastic in working for a strong man in the final and perhaps winning like Devolder when everybody was looking at Boonen.

I feel like the Oliver Naesen and Tiegemberg meme has been used too little on here.

It is so ingrained in Belgium that the organisers of the Kuurne-Brussels-Kuurne race has put in a paragraph in their official safety protocol to encourage riders not to ride too fast on that climb so as not to drop him. 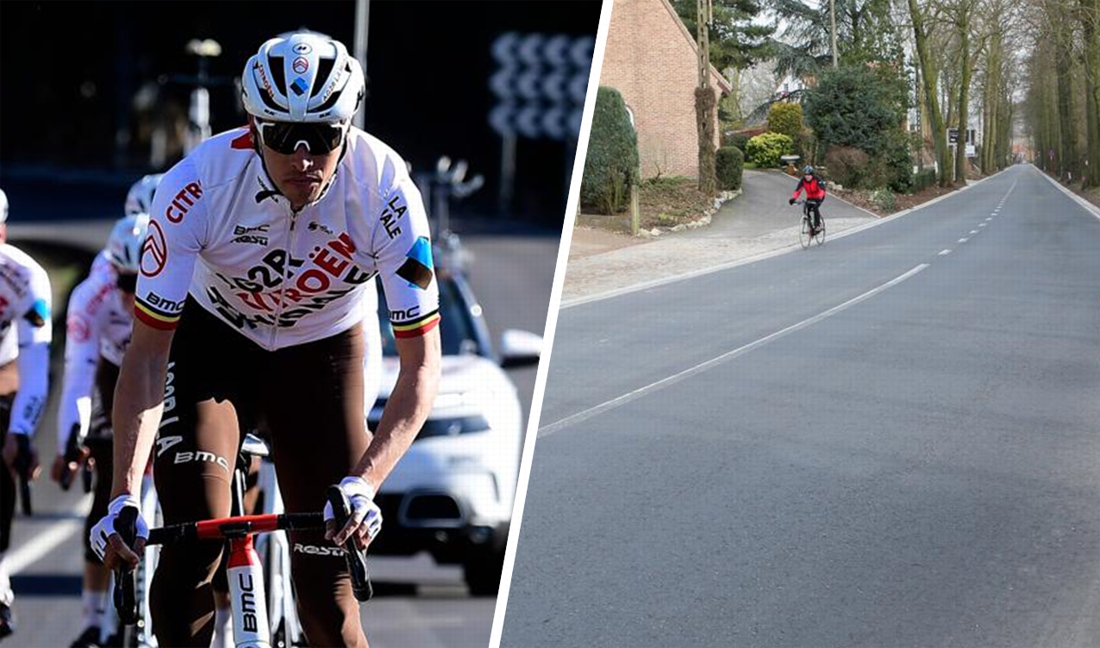 When it was published earlier in the year that the climb would feature, Naesen wrote RIP 2021 in a Tweet.

For those not in the loop, it stems from a while back where Naesen said that if you were ever dropped on the Tiegemberg you might reconsider your profession (as it is not a very hard climb). In 2019 he then proceeded to be dropped on the Tiegemberg in E3 Harelbeke.
Reactions: Sandisfan, Logic-is-your-friend and Berflamand
You must log in or register to reply here.
Share:
Facebook Twitter Reddit Tumblr WhatsApp Email Link