Page 96 - Get up to date with the latest news, scores & standings from the Cycling News Community.
Sidebar Sidebar
Next

Those fluro bits on the Tormans kits are really standing out well against the whiteness.
Reactions: noob

I guess the more its ridden the snow gets easier to ride.
Unlike mud.
Ma be the should reverse the Womens the Mens order for snow.
K

Pidcock is the only guy matching Van Aert on the track right now but still 31 seconds behind so he should be safe but not Vanthourenhout.
B

Great women's race, men's as expected, but key is that it proves the viability of a snow based course. At least to me.
Reactions: postmanhat, Lequack, meat puppet and 1 other person

TourOfSardinia said:
I guess the more its ridden the snow gets easier to ride.
Unlike mud.
Ma be the should reverse the Womens the Mens order for snow.
Click to expand...

I would say it's more difficult. Where it's rutting up, for instance at the top of the running hill and the short off camber uphill it's getting more powedery, so the looser snow is harder. Other parts it's compacting which although generally makes it more predictable in a straight line on the flat it will also become more slippery. Compacted parts will freeze more easliy and become an ice rink. Think Bieles on the first day when Pidcock, Worst Cant won where it was pretty sketchy on the parts that still had compacted snow/ice on.
Reactions: postmanhat
A

Hopefully we'll see more races on snow; I thought it worked - though I'd like to see them tweak the course a bit, and take out some of the power sections, and make it a bit more technical.
Reactions: postmanhat and TourOfSardinia 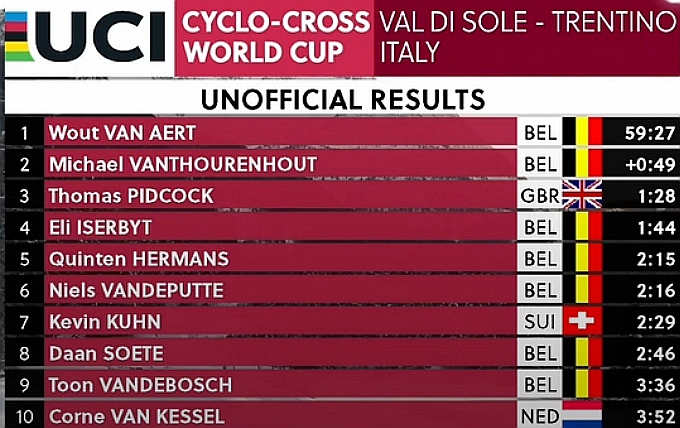 Van Aert and Vanthourenhout were outstanding technically in Overijse as well as today so both deservedly #1 and 2. MV doesn’t have the sustained power to match WvA but his technique is absolutely top world class.

Course and racing possibly better than expected, particularly the women’s race. Lovely to see Van Empel take it. Yet, hats off to Vos who rode an exceptional race (never thought of her as a very technical rider but that was wrong).
Reactions: postmanhat, noob and Monte Serra

Great racing, and as important as well was the great atmosphere and the fans. Reminded me of some cross coutnry or biathlon races with all the cow bells. The only thing missing was some of the top women, shame because they missed a great race.

Cold? Not for some. 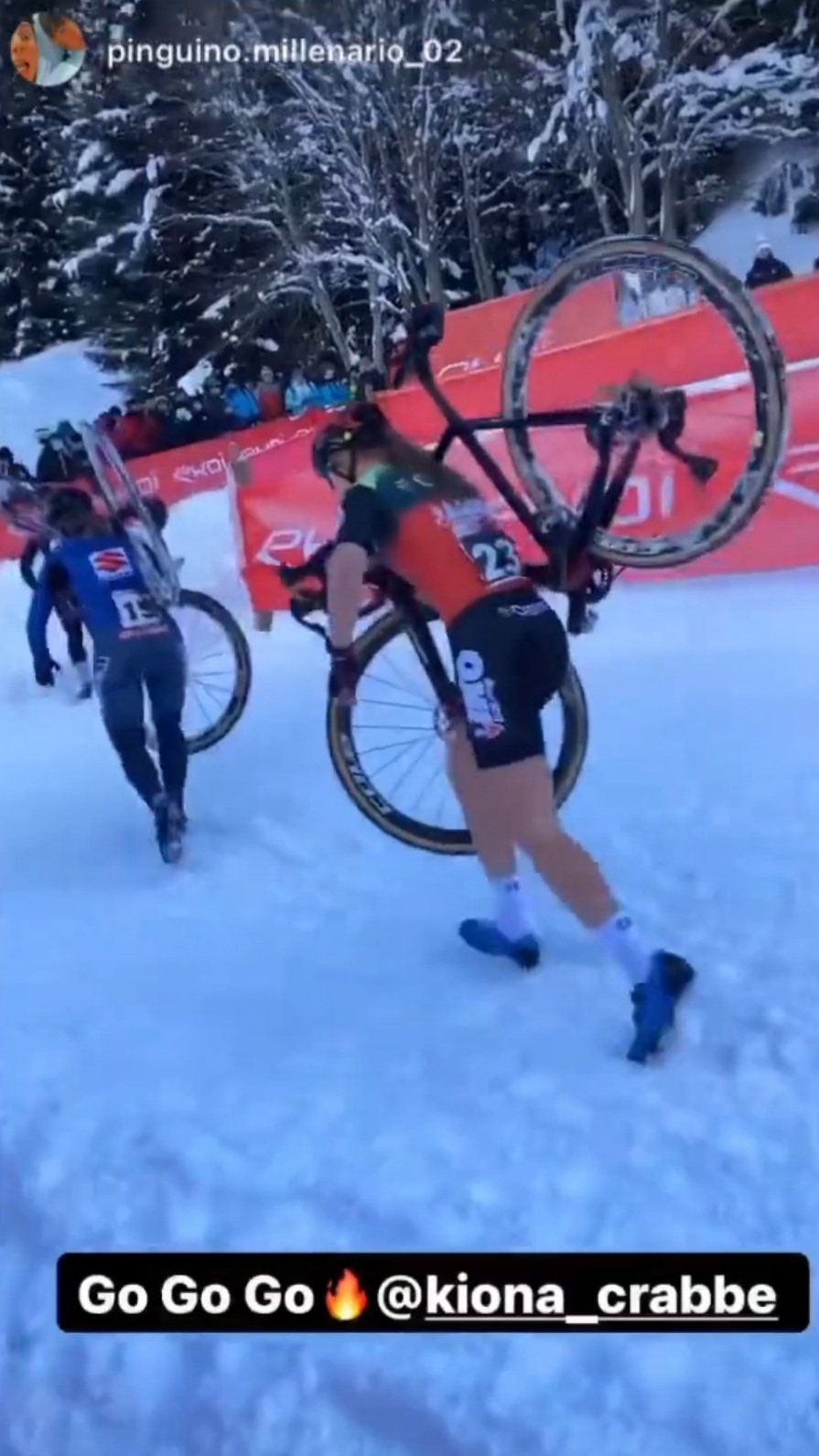 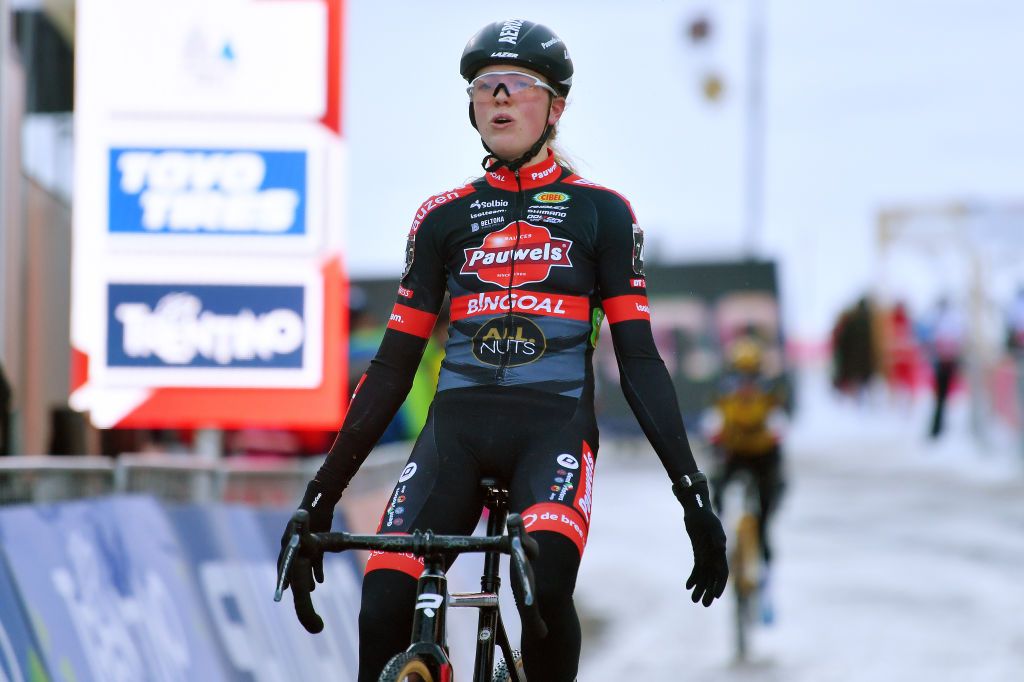 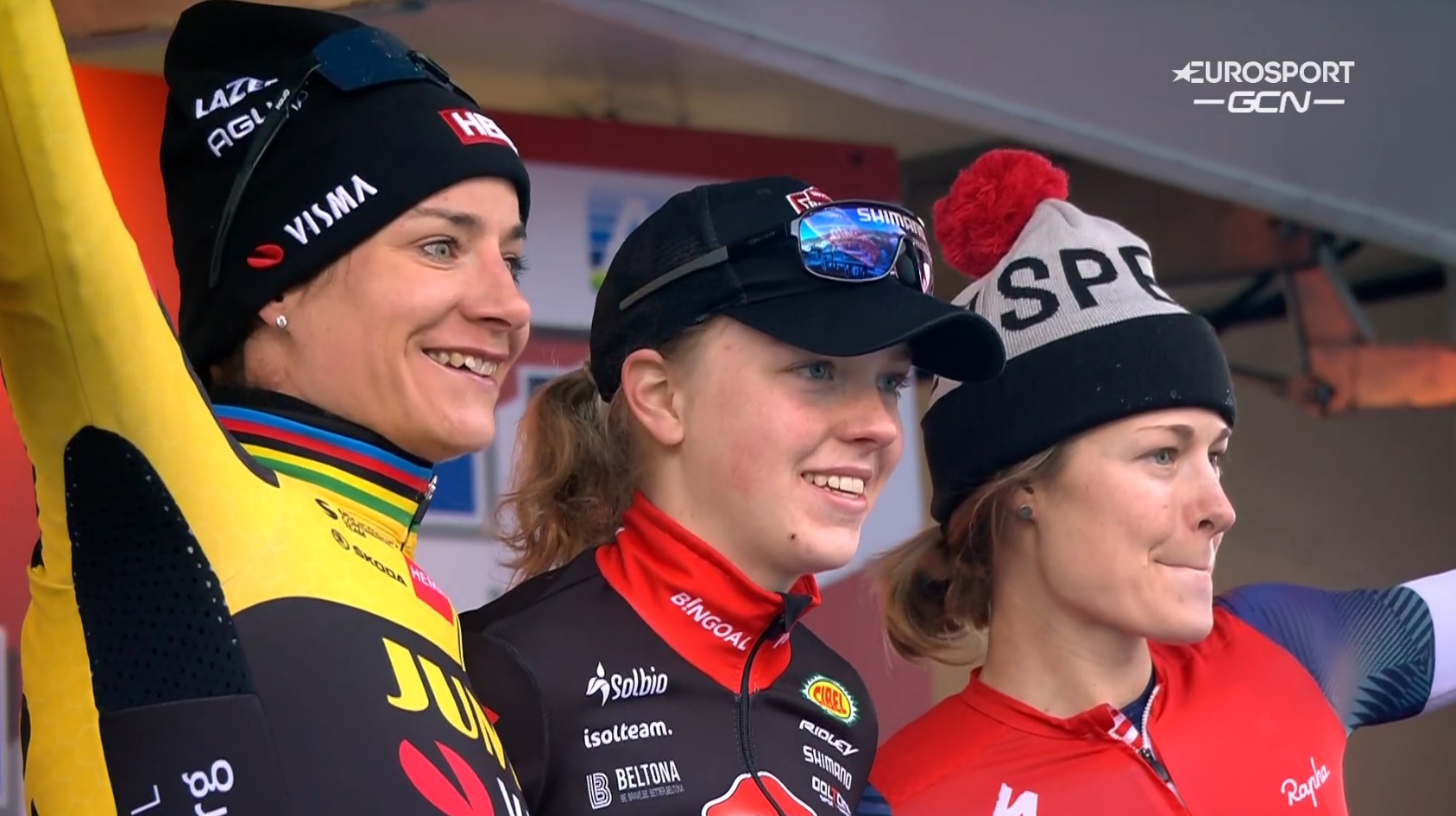 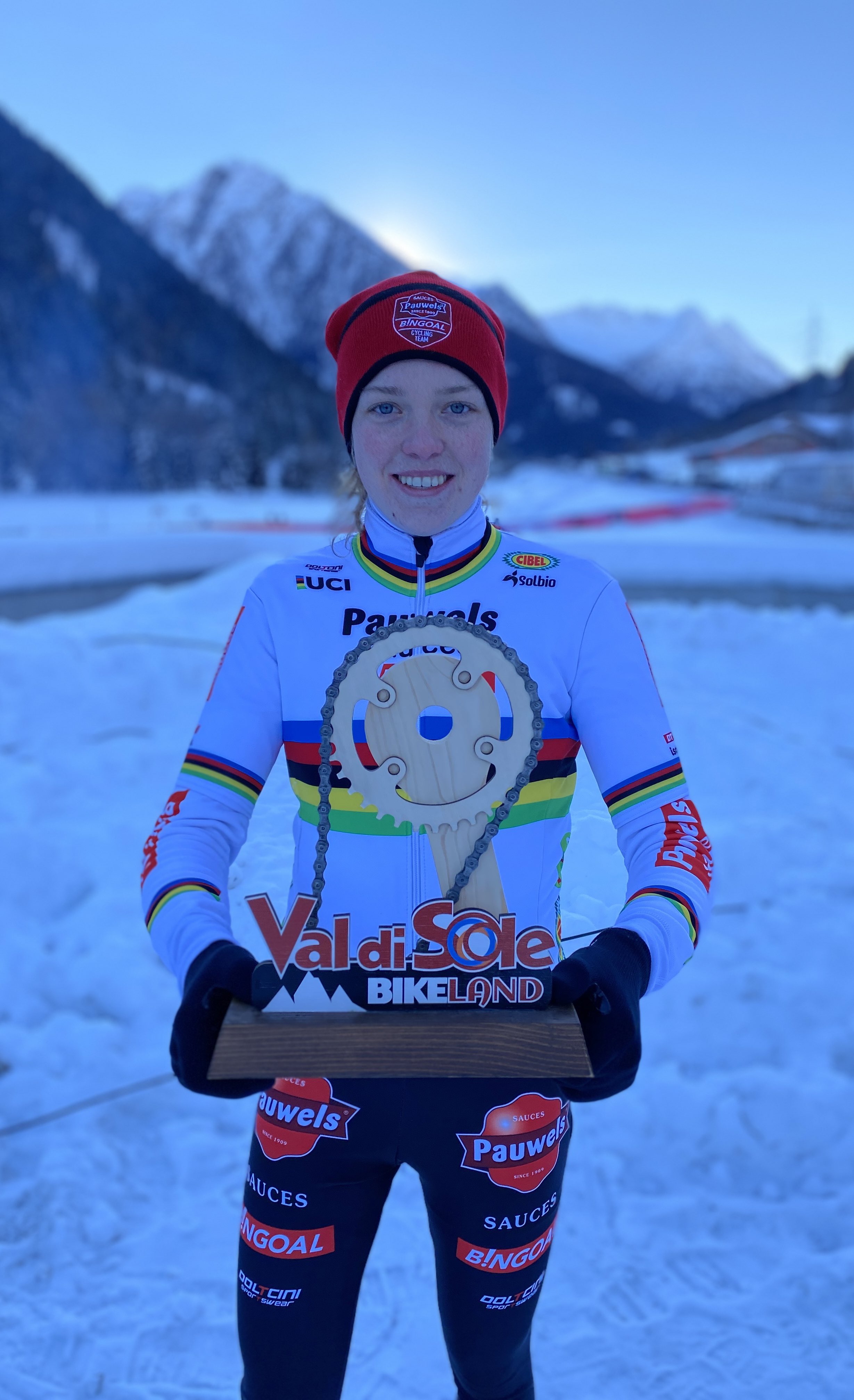 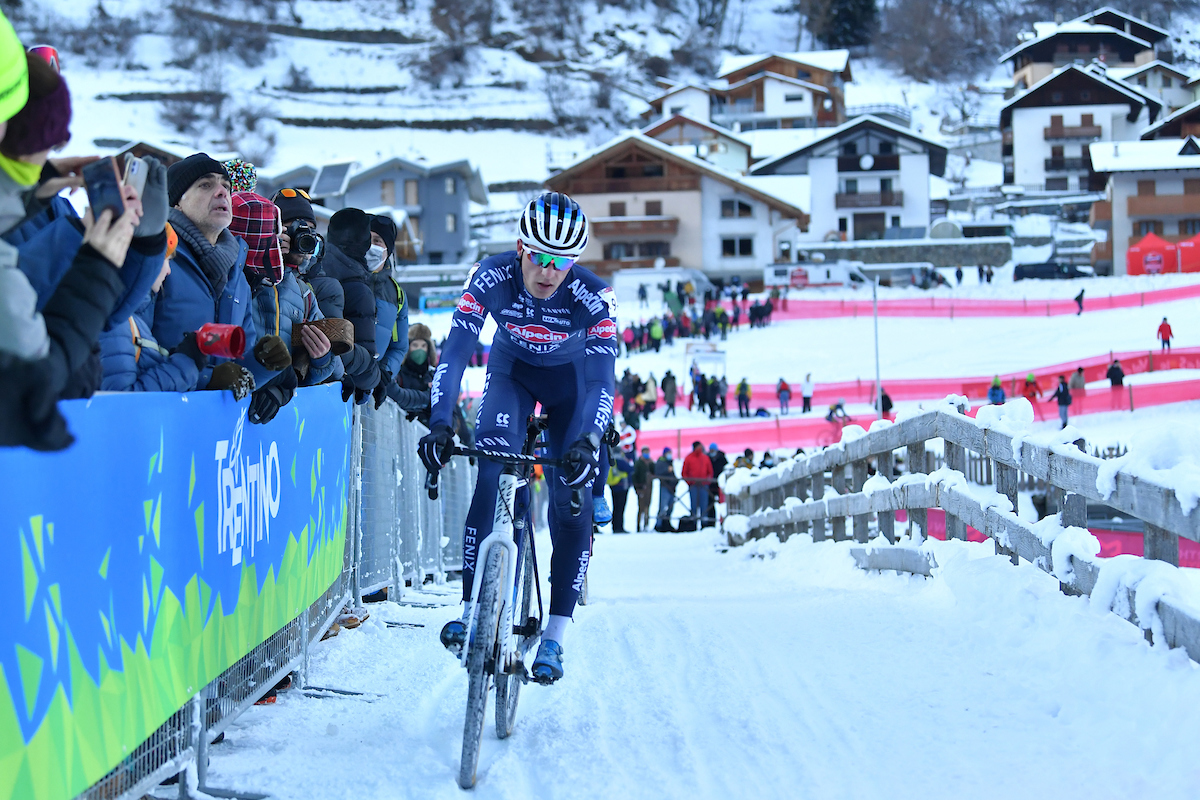 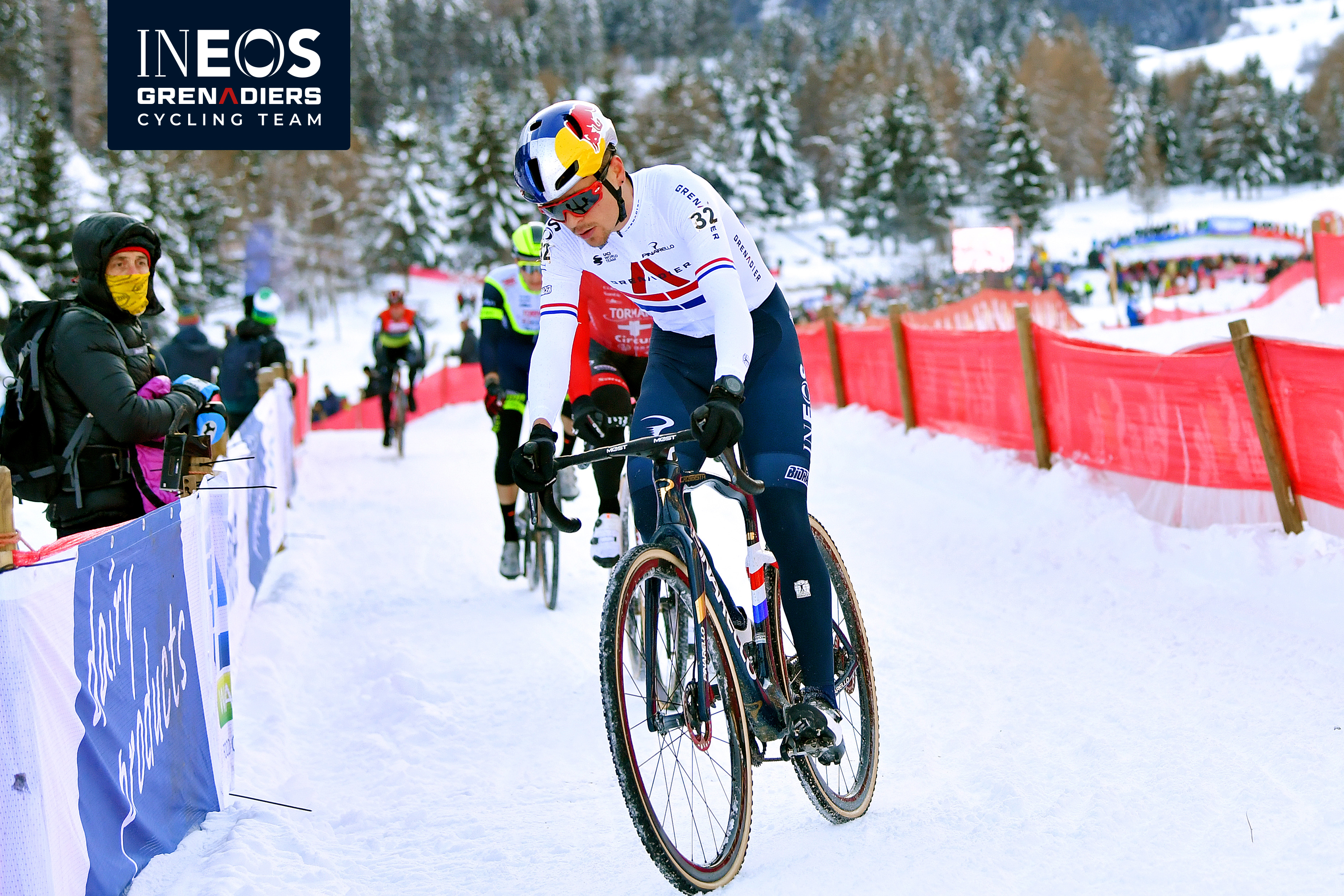 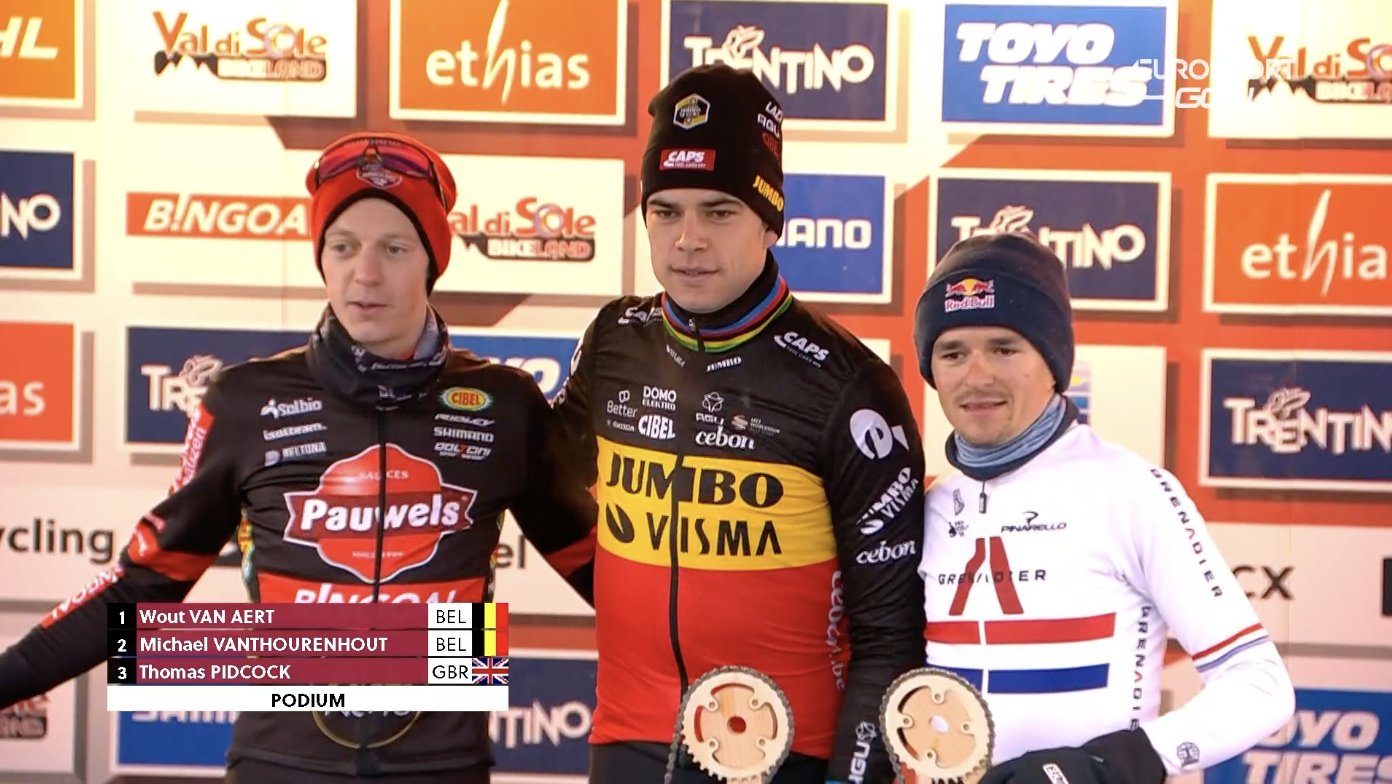 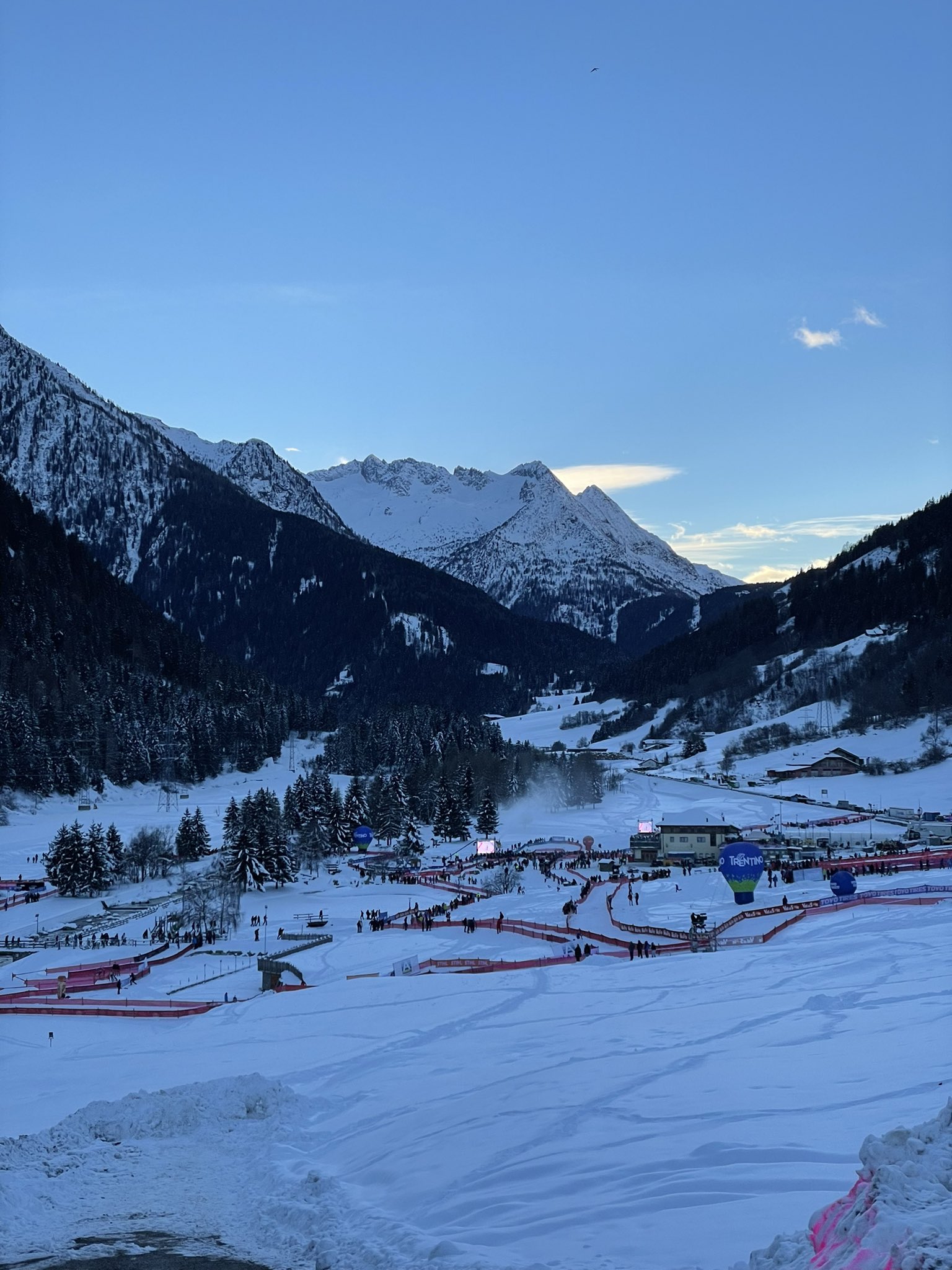 Yesterday I watched my first ever cyclocross race. How fun! And today was even more fun!

I had never seen cyclocross until yesterday, so watching this today was my second ever. I loved it so much! It's the weirdest sport I have ever seen. I laugh my ass both yesterday and today, because it's so weird! But so fun! Also Pidcock looked so embarrassed when he couldn´t open his champagne and Van Aert had to do it for him.
Reactions: postmanhat, glassmoon, stonerider and 3 others
A

Not sure it's been mentioned, but Sam Gaze will do a few CX races this season; he's down for Rucphen on Saturday. He's one of only 2 riders to beat MvdP in Short Track XC races.
Reactions: postmanhat
S

Axel Hangleck said:
Not sure it's been mentioned, but Sam Gaze will do a few CX races this season; he's down for Rucphen on Saturday. He's one of only 2 riders to beat MvdP in Short Track XC races.
Click to expand...

When Sam is on form and his head is right, he's got the power. I'm not sure how he'll do with all the off bike time in a CX race though.

A double world cup this weekend in Rucphen and Namur. Rucphen was supposed to be where Mathieu van der Poel returned to action, but has been sidelined for another week until the race at Dendermonde. However Rucphen will see a lot of riders who've been training in warmer climes come back and also many of the north american riders are starting their european campaign following the US and Panam Champs over the past couple of weekends.

Rucphen is a new course, but has hosted the Dutch national champs and also a C2 uci race in the past. From memory of watching the dutch champs and also looking at the map, i'm expecting it to be a fast race although this video by Twan van Gendt suggests it might start to cut up in a few places, especially as the weather has been pretty damp over the past few days in the netherlands. It looks pretty technical, with many corners, a sand pit, hurdles, two sets of steps and a 'spiral of doom'. The steps arent long but the first set are awkwardly approached in a parallel direction, while the second set are slightly longer but really shallow. Not a big fan of the spiral, but I saw somewhere that it's smaller than previously.


Namur appears to be almost the same as last year, with only the pits and finish line moved to slightly different locations around the big square area and the start being moved to it's more traditional location of the road below the square. Interestingly the finish comes after the run up as opposed to following the long climb that causes issues at the start and twisty descent. 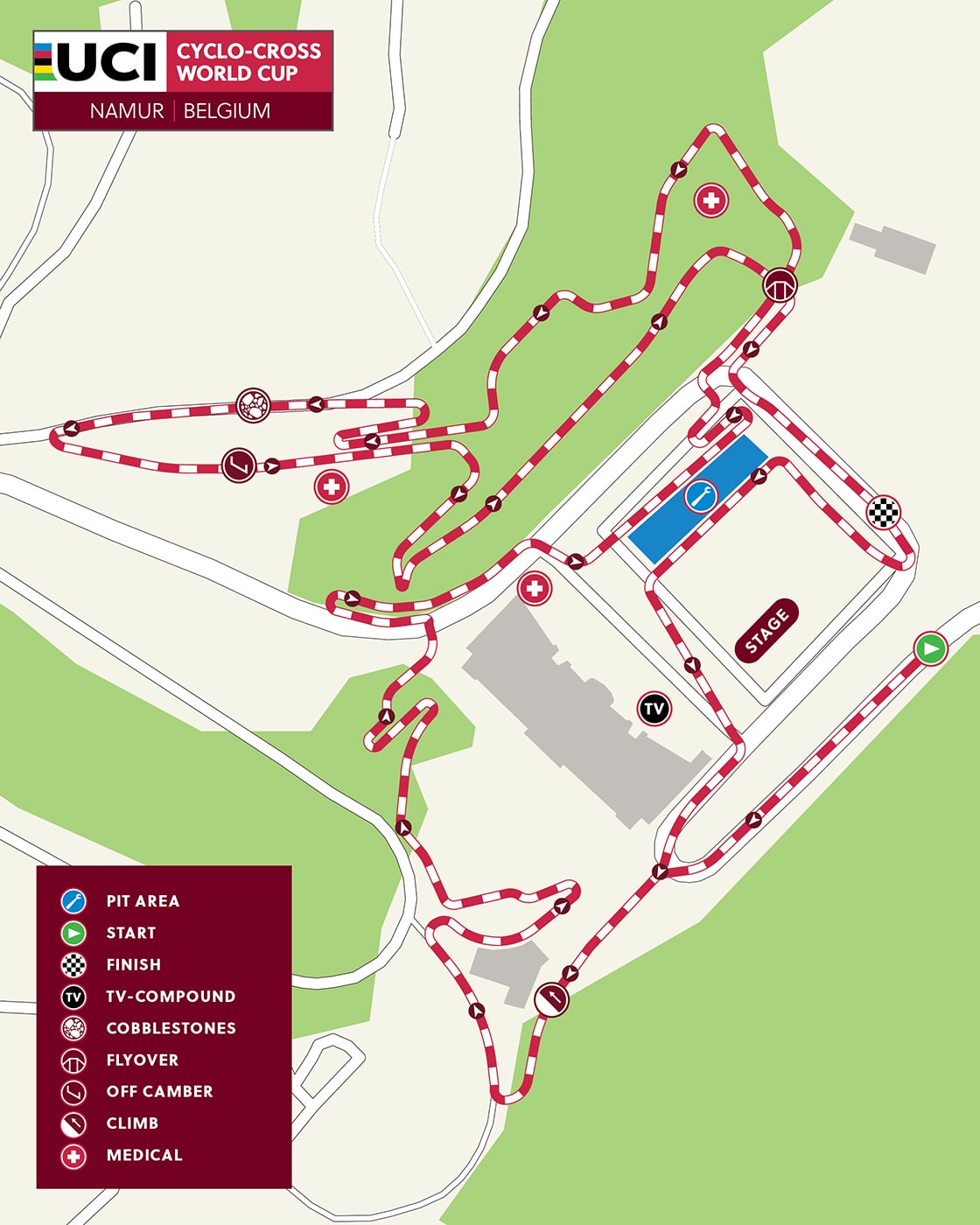 Rucphen is a bit, meh....doesn't look too challenging, but might provide decent racing. However, Namur, well it's probably the biggest test of the season. Though I'm still not sure about the cobbled climb they introduced a few years ago......
Reactions: lemon cheese cake

Axel Hangleck said:
Rucphen is a bit, meh....doesn't look too challenging, but might provide decent racing. However, Namur, well it's probably the biggest test of the season. Though I'm still not sure about the cobbled climb they introduced a few years ago......
Click to expand...

Yeah, it was already a pretty brutal course and I'm not sure what the cobbles actually really add to it. I do hope some landscaping has been done to the camber that follows it, as it's become a bit of a motorway these past couple of seasons.
S

I'm looking forward to seeing how Tom Pidcock fairs this weekend with both MvdP and Wout out. Will he be the best of the rest? 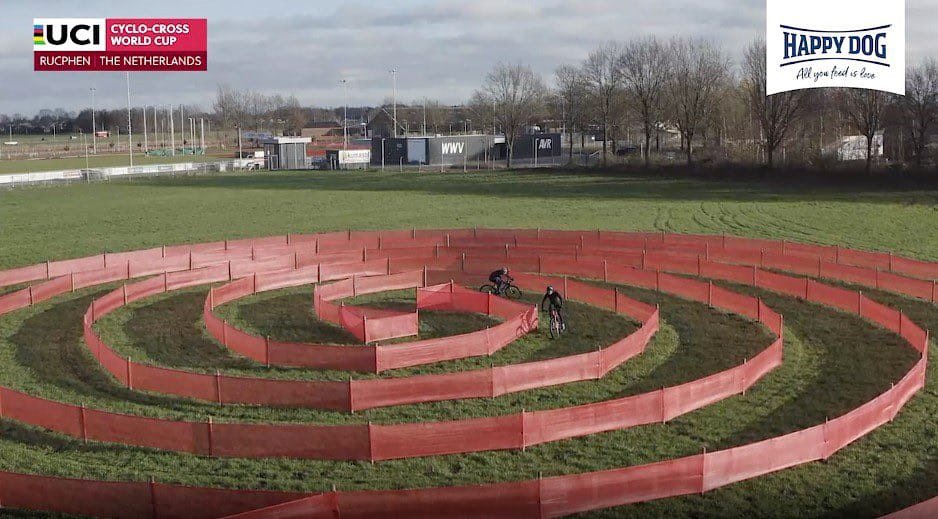 I'd probably get lost in that thing...
Reactions: lemon cheese cake

So far van Empel appears to be showing that last week definitely wasn't a fluke.

Well the race took a while to really get going but the last lap was alright.
A

stonerider said:
I'm looking forward to seeing how Tom Pidcock fairs this weekend with both MvdP and Wout out. Will he be the best of the rest?
Click to expand...