he seem very strong so far. also in yesterdays mountainstage he finished 3rd in the sprint behind winner galviz. he seem very awake and also tachira finally seems a clean(er) race this year

The king is back!

Man, he must have the highest ear-to-waist ratio of anyone on earth.

Aww shiiit somebody please sign him for the Giro.

Bertie gone get his *** kicked in the Giro this here year

look at those veins popping! epic win by rujanito. he seems to be in superb shape

just hope someone get him in the giro or vuelta. it must happen
D

jens_attacks said:
look at those veins popping! epic win by rujanito. he seems to be in superb shape

just hope someone get him in the giro or vuelta. it must happen
Click to expand...

THE MAN IS BACK!!!!! yes!!!! hope some s*** italian team like southeast or nippo sign him to save their giro

it would be cool if he actually returns to savio lol

jens_attacks said:
it would be cool if he actually returns to savio lol

I didn't see that before. It must be the Colle delle Finestre. As soon as they present the route and it features the Finestre , Rujano transforms himself. There is an absolutely beautiful jazz composition by Donald Byrd by the same name. Kind of accurately depicts the slow slog of suffering that is climbing mountains on a bike, although I'm certain that wasn't the motivation behind the song's creation.

Ryo Hazuki said:
will be interesting what will happen as venezuelan fed have contract with savio that he must sign numbers 1 and 2 of vuelta tachira
Click to expand...

But Savio has critizied Rujano before and said in the begining of 2012. I wanna see that small dude climb as a rocket in the giro as much as anyone else. But it's not happening!


Gianni Savio said:
“Thankfully, his contract with us ends at the conclusion of the season,” Savio said. “I was the one who brought him to Europe and nursed him through the 2005 Giro, when he was third. After all of his problems, no one wanted to touch him. And then I gave him a second chance last season. After this, there will be no more chances. We are finished with him.”
Click to expand...

if the venezuelan fed stop sponsoring savio the team will fold immediately. so we will see what power savio holds. not that I think rujano even wants to ride there. he may try another team

jens_attacks said:
it would be cool if he actually returns to savio lol 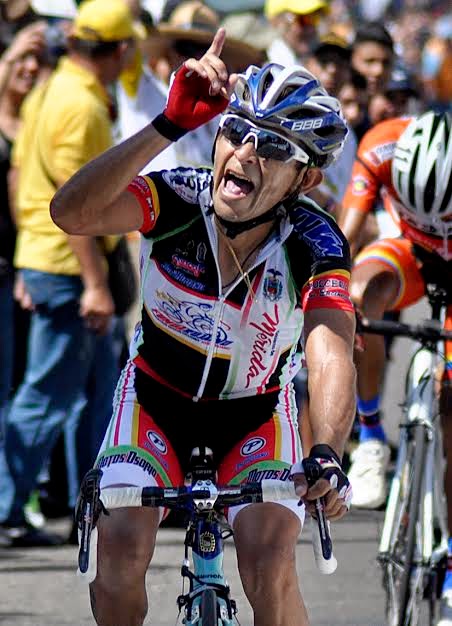 Mayomaniac said:
Rujano and Tvetcov in one team would be awesome.
Click to expand...

Yes, that would be awesome!

Rujano wants to ride this years Giro!
Click to expand...

Ryo and company are going to go crazy!!!

He'll destroy everyone with only one leg if back to the form of 20 years ago.

This has to happen!

It would be so good for this forum if Rujano signs with Savio again. "Savio believes Rujano can win the Giro" has to be one of the more famous threads from recent times on this forum. If Rujano rides this Giro, this Giro might become almost as famous as the Tour de Suisse that Leipheimer won.

And the hype train has left the station!