Page 45 - Get up to date with the latest news, scores & standings from the Cycling News Community.
Sidebar Sidebar
Previous Next
T

roundabout said:
yes, it is all their fault.

Nothing to do with Rujano being an unreliable inconsistent *** with a doping cloud.
Click to expand...

Squire said:
Rujano will retire after the 2014 Vuelta al Tachira.

What a sad waste of talent...
Click to expand...

Sad news, but not too big a surprise. A shame someone with Rujano's talent could never really make good on it.

I wonder how Ryo will take this?

Afrank said:
Sad news, but not too big a surprise. A shame someone with Rujano's talent could never really make good on it.

I wonder how Ryo will take this?
Click to expand...

Might be down in his basement room with a joint and pcm13.

jens_attacks said:
well maybe not 100% serious but that doesn't mean that i wouldn't like it to happen.

rujano still can save his carreer and talent i think.
kash and turbo diesel can definitely ride with the cyclotourists i guess, they made their choice. cobo...god knows.
Click to expand...

There's only one Turbo Diesel and she retired seven years ago.

Squire said:
Rujano will retire after the 2014 Vuelta al Tachira.

What a sad waste of talent...
Click to expand...

A talent that could never return to the form of the past. He was very fragile also.
F

What a win! MASSIVE engine!

I really hope, he can go for a final victory. 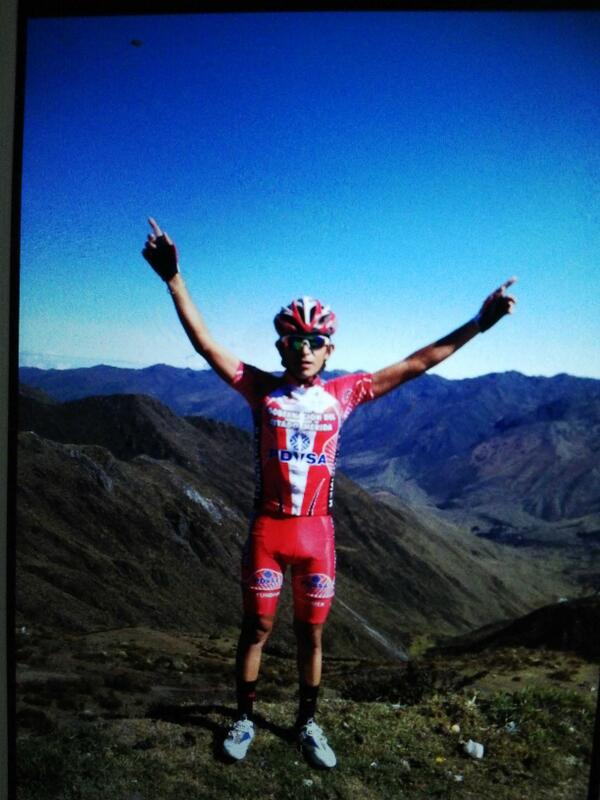 the legend training hard for vuelta a tachira

Yeah already practicing his celebration. I like that confidence, his opponents will be worried.

the legend training hard for vuelta a tachira
Click to expand...

how can you not be a fan of this epic endboss!! What's up with the HUGE pictures?

Perhaps Wanty still need a co-leader for GT's together with Francis de greef. Hilaire has his number.

Wow, saw the results yesterday, don't know that Rujano was THE Rujano. Legend!

where is the result?
J

I have only seen Top-3 and a short report myself!

2. Sergio Godoy (He was riding fabulous. 1500 meters from the line, he had an small accident and lost his rhythm and maybe the chance to dismantle Roberto Richeze from overall GC).

I wonder how much he lost in itt. I know godoy won it

Ryo Hazuki said:
I wonder how much he lost in itt. I know godoy won it
Click to expand...

Edit: there are links for the full results of all stages on facebook as well:

oh, yeh, no idea what happened, this is the right link:

...or the direct links to the stage classifications:

Anybody know anything about this guy.

Savio is convinced that the 19-year-old Carlos Jiménez, who will join Androni as a stagiaire later this season, could be his next diamond in the rough. In fact, Savio has already signed him to a four-year contract.

“He is very much like José Rujano, who I also discovered, but, fortunately, Jimenez has a very different mentality than Rujano. Rujano is a man of low moral character, and treated us badly. In fact, I kicked him off the team, and we do not have any more contact with him,” Savio said. “We call Jimenez ‘Rujanito’ (Little Rujano), but fortunately, he’s nothing like Rujano off the bike.”
Click to expand...