Page 224 - Get up to date with the latest news, scores & standings from the Cycling News Community.
Sidebar Sidebar
Previous Next
P

Libertine Seguros said:
It kinda reminds me of that time Jürgen van Summeren and Samuel Dumoulin swapped bikes on the last stage of the Tour de France for a laugh.
Click to expand... 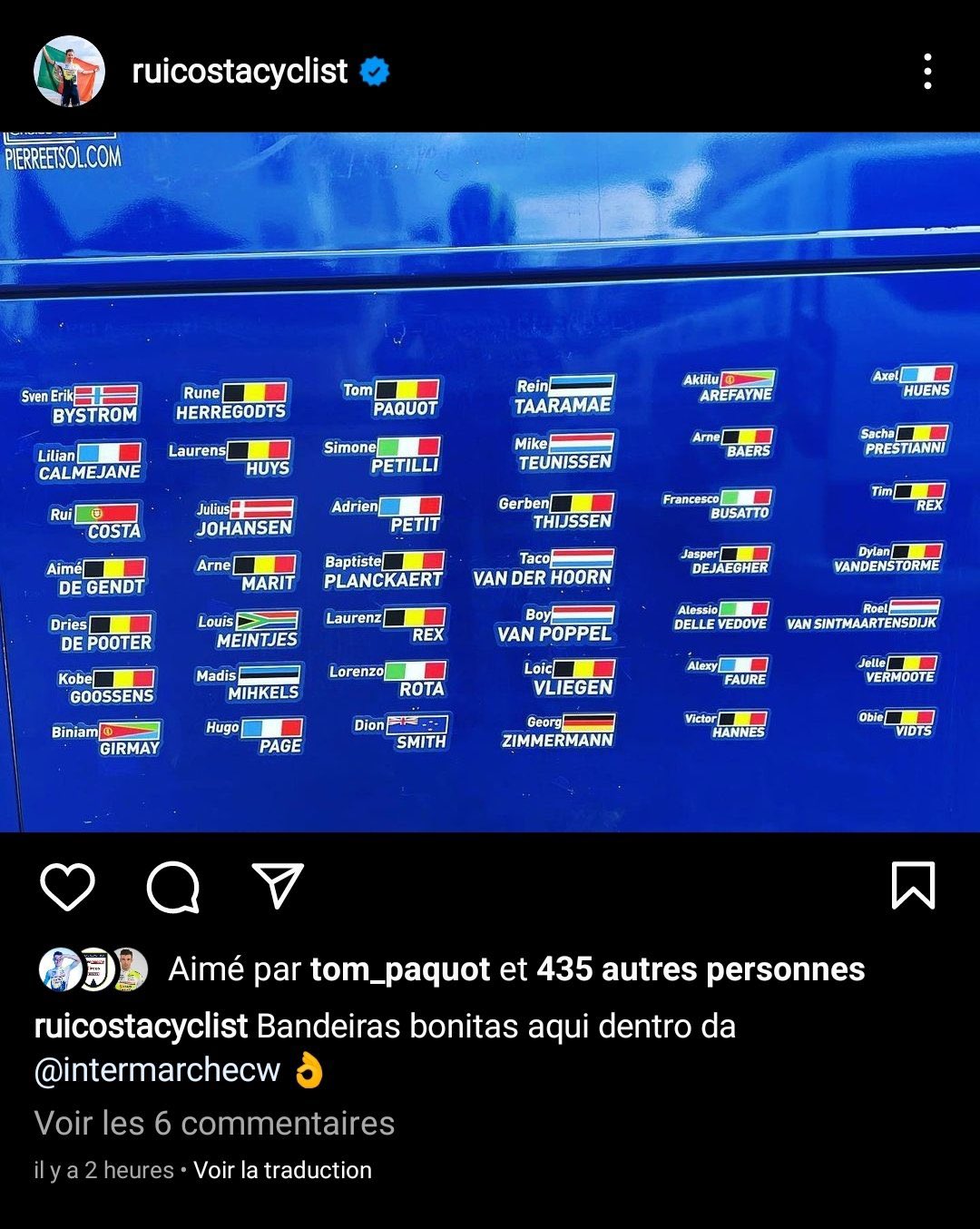 Arifane was seen training in South-Africa this winter in an Intermarché kit
Reactions: Sandisfan

Sure it wasn't Roelandts, given that Jurgen van Goolen does not have an ü?

Jarne (yay that's my name!) Van Der Paar steps up from the dev team to the PCT-squad (Lotto-Dstny)

GenericBoonenFan said:
Jarne (yay that's my name!) Van Der Paar steps up from the dev team to the PCT-squad (Lotto-Dstny)
Click to expand...

Probably a smart move UCI points wise. Would've been annoying if he gets some points in a random Belgian .1 sprintrace just not have them count for the Pro team.

Libertine Seguros said:
I wrote about a future with prospective loaning of junior and espoir talent being signed to WT teams progressively earlier and earlier here. I think we're potentially headed for either an ice hockey-style market with riders picked up at youth level and then being placed in "the system" as each team will 'own' or affiliate to Continental teams, espoir teams and maybe even ProTeams to create a development path, assigning riders to different teams within their farm as they see fit, or a football-style transfer market of the biggest teams signing up any and all young prospects then loaning them out to other teams at lower levels until they're ready to either graduate to the main team or be discarded. The success of a few big young talents and the hording of top prospects by Sky/Ineos thanks to their skimming the cream off other people's development programs, tempting them across using the money they saved by not spending it on a development program (plus a very pliant Acquadro giving them the lowdown on what the winning offer should be) has meant teams are progressively looking to grab hold of riders ever earlier, in case they miss the boat on the next Egan Bernal or Remco Evenepoel.

Savio has played this masterfully, of course, doing a great line in signing wonderkids up to contracts they'll always be ready to graduate before the end of, and then pocketing the buyout figure. It's a bit like the Athletic Bilbao strategy - you will get your player from Bilbao, but not when their contract is up or when there's a low buyout clause. They'll sign one last contract with Athletic, to ensure that the team that nurtured them can continue to grow using its strategy of only local talent, and then leave shortly afterward when that higher buyout clause that better reflects their value to Athletic (i.e. slightly higher than market value because of the greater difficulty Bilbao will have in sourcing a replacement) is met.

When the second richest team in the sport (at the time) disbands its development team because it can't stop the richest team in the sport stealing all its top talents, no doubt it's frustrating, but you can't really blame Sky/Ineos for doing it. With the help of very compliant agents, they create a system whereby the only threats to their continued success are riders they've already taken a look at and rejected - a great way to create a dynasty, especially now they're less tied to the national project identity so there isn't as much emphasis on a British leader as in the early years. It's easy to be angry at the big money clubs preying on the lower money clubs (notwithstanding that it's not easy to feel sympathy for Jim Ochowicz, of course) creating a Ligue 1-like financial disparity and concentrating all the talent into top teams (you know, like Riyadh Mahrez signing for Manchester City to sit on the bench for 3/4 the season) reducing the variety in the races, but as long as that doesn't create a situation where it destroys the spectacle and affects the audience (as it has done in Ligue 1, which has easily the lowest viewing figures of the 'big 5' leagues in Europe worldwide if I remember rightly), it's smart business. Once it starts affecting the audience and turning fans away because of a lack of spectacle, then of course it's no longer smart business and it's in their interest to try to entice more competition to win that audience back.

Eleven years ago, Cervélo Test Team worked out they could get the best calendar of anybody - they didn't spend the money applying for a ProTour licence. They instead bought a much cheaper ProContinental licence, and used the money they'd saved by doing that to pay some world class riders, which meant that they were welcomed as a wildcard at almost every ProTour race. It was a fantastic success but the long term effects of it changed the wildcard system forever.

Three or four years ago, Sky worked out they could get the best prospect line of anybody - they didn't spend the money running feeder teams or setting up development programs. They instead kept their money in their pockets, and when riders excelled in other people's development programs, they offered them more money than the team that developed them could, because they didn't have the cost of the continued running of a development team to consider. It's a fantastic success at present, and the long term effects of it may change the transfer system forever. Whether that's for the better or the worse, we won't know for a good few years, just as the real impacts of Cervélo and BMC's big spending in the ProConti scene have only really become apparent in the last three or four years too.
Click to expand...

This post brings up an interesting point about the current state of cycling and how teams are recruiting young talents. The author suggests that the success of a few big young talents and the hording of top prospects by teams like Sky/Ineos, who do not have their own development programs, has led to other teams looking to grab hold of riders ever earlier. The author also brings up the analogy of Athletic Bilbao strategy and how teams like Sky/Ineos are also creating a system where the only threats to their continued success are riders they've already taken a look at and rejected. It raises the question of whether this trend is good for the sport and whether it will affect the audience, and the spectacle of the races. It will be interesting to see how this trend develops in the future.
You must log in or register to reply here.
Share:
Facebook Twitter Reddit Tumblr WhatsApp Email Link