Page 79 - Get up to date with the latest news, scores & standings from the Cycling News Community.
Sidebar Sidebar

I think the Labour party are pretty open about their aims and priorities, but with the Tories it is all smoke and mirrors.

All of British politics has been in stasis for 3 years because of Brexit, and now nobody is even attempting to pretend that it is something that will benefit the nation. It is all about fulfilling the outcome of the referendum. Problem being that the referendum was badly conceived because Cameron's government thought there was no chance Leave would win. None of the important questions were even considered, and the electorate were hoodwinked by a toxic mix of lies and racist propaganda.

The rightwing Brexiteers voted against May's deal (3 times), and are now steering us towards a disastrous no-deal situation. These are the same people who told us 3 years ago that a deal would be easy and there was no chance of a no-deal scenario. You couldn't make this schitt up.

It was Johnson framing the inevitable general election as the fault of MPs trying to block no-deal, and as a 'people vs politicians election.

Listening to Rees-Mogg (what a name, by the way) is like listening to a flat-earther. So utterly convinced that complete nonsense is actually brilliance that only very few can discern. It is compelling though.
Reactions: macbindle

It's a massive confidence trick.

Even BoJo's brother is bailing on him...

Its no wonder the Tory are begging for an election and have prorogued parliament, they have no power losing 6 votes on the trot. Now they are at the mercy of the opposition parties who could in theory rescind Art50

Yes, but you have to remember that recent votes were all about stopping no-deal Brexit.....not Brexit.

Many of the Tory rebels would vote for Brexit.

Who knows where we go from here. Horrid extreme Tory/Farage govt after general election? It's a possibility.
Last edited: Sep 10, 2019

Plz ignore previous maths as the vote would have been 320-306, so the 21 rebels did push the result over the cliff !

70kmph said:
Plz ignore previous maths as the vote would have been 320-306, so the 21 rebels did push the result over the cliff !

Under the fixed term parliament act there needs to be aa 2/3 majority, so even if the rebels had voted with the government it would not have passed. 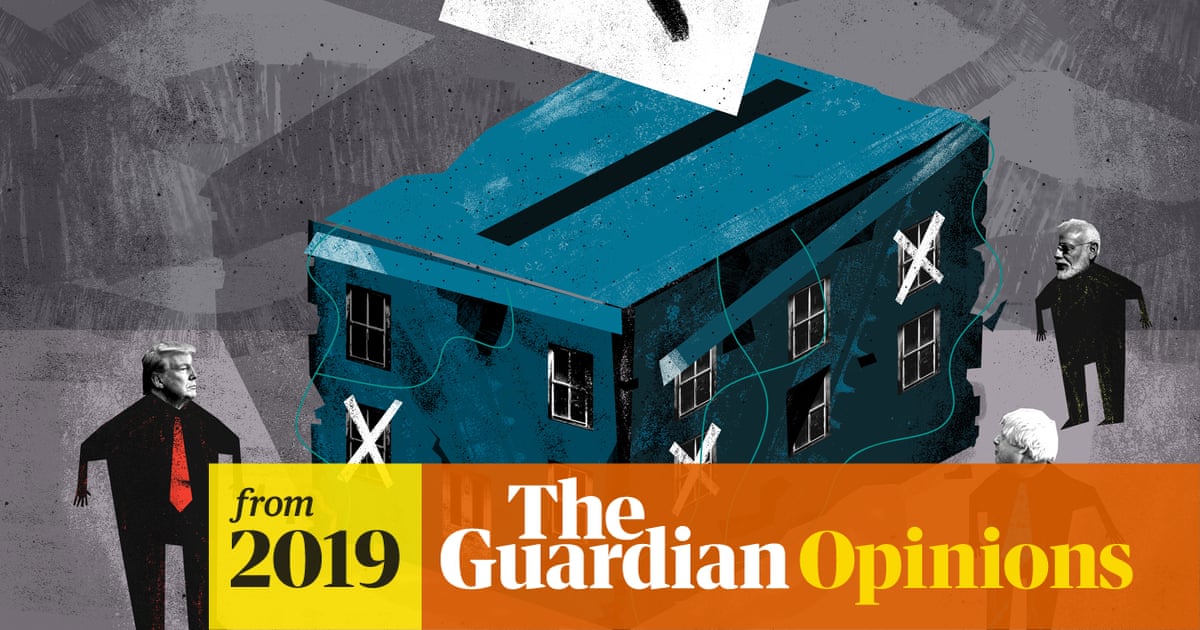 British and American elites failed to anticipate the triumph of homegrown demagogues – because they imagined the only threats to democracy lurked abroad, says Indian author Pankaj Mishra

Labour seem convinced to let the Conservatives off the hook. Ever since the referendum it's been a mess, with a two month break for the election and maybe a few months after it too.

The 'moderates' made the first error in my eyes with the mass resignation post brexit and offering Owen Smith (the most useless of them all) as an alternative. It sort of necessarily narrowed labour a bit. The election campaign was good. Then ever since 2018 it's been corbyn really making all the mistakes, from tackling the anti-Semitism claims and taking way too little action against those who were actually quite offensive (Williamson) to the confused brexit policy. The reports of deselection I hope aren't true - labour should be a broad church party for as long as FPTP exists, even if I do believe the PLP should have been more supportive of Corbyn, especially in the period 2016-18, although now it's quite understandable.

The independent group/change UK/lib Dems happened and failed, so oh well. But even thinking about removing the post of deputy leader was so politically inept and unnecessary. Tom Watson hasn't been the most helpful at times sure but a deputy leader is there to challenge, not just blindly obey. And removing him from a PR perspective just looks terrible. I'm not at all convinced by the Milne approach of leadership and strategy, and actually quite dislike it: it's authoritarian and only appreciates sychpohants. The guy who wrote the 2017 manifesto and the head of policy has gone because of it, and Labour (somehow) has managed to steal the headlines for internal disorder just two weeks after Johnson fired 21 MPs and lost his majority. Bizzare 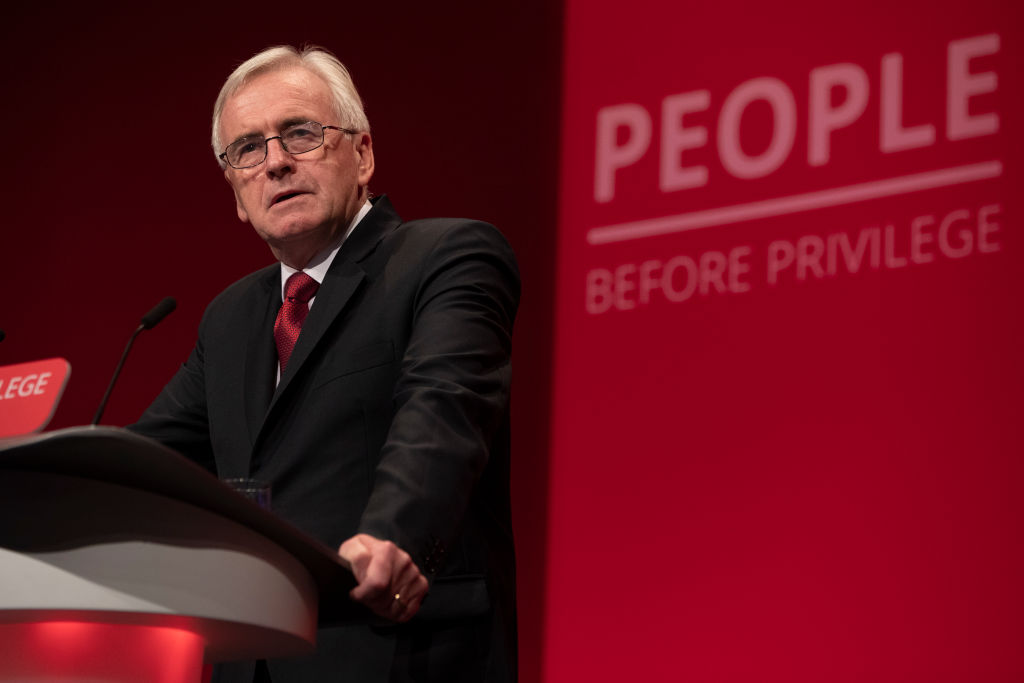 The Labour Party Will Transform Britain

The Labour Party just set out its most radical plan yet ahead of the looming general election. It’s the most ambitious proposal in British politics in decades.

There is still the issue of the stupendously stupid portion of the electorate who just don't geddit.

Anyway, I'm sure we'll be hearing from them that UK Parliament is too sovereign, UK Supreme Court is too powerful and that the will of the people (ie. the thickest 17.4 million of them) voted for a Prime Minister to act illegally.

He's not thought that one through has he.
B

I think James Cleverly might be my least favourite politician, and there's a lot of tough competition. Constantly lies, gets called out for it, and keeps doing it. In an even more shameless way than Johnson. Rarely tries to answer a Q, just repeats a random CCHQ catchphrase. It's like they created a robot that could only refer back to three set points a week. Simply in it for the career. Has changed views and leaders he's slavishly followed (who have had considerable differences in policy/approach) more often than George 'gideon' Osborne writing an anti-may editorial.
Reactions: macbindle

There is a double strategy going on here. Johnson is trying to crystallize public support by casting parliament as 'traitors', and in so doing present himself as so awful as to goad parliament into a VoNC which could bring about an election. He's hoping to grab the votes of would-be Brexit Party voters.

I'm hoping all the strategy does is kill the Tory party, and split the Leave vote between him and the other charlatan, Farage.

If Brexit has done one thing it is to unite the Thick. We are deep into this and they still cant work out that they have been had. Why on earth do they thing the ultra-rich like Rees-Mogg would have their interests at heart? It would be funny if it wasnt so tragic.
A

Well, in the states at least, once the Thick had been sold on the idea that they could be rich one day and that it was a desirable thing, they tended to take statements by the rich as valid and ideal.

I'm not so sure the thick of the UK are so aspirant. It's all going on in the crucible of racism, the mythology of Empire and a failure to come to terms with its loss.

These are people who were educated in the 60s, 70s and 80s. People forget the significance of this.
A

Glorious time to be alive. All that Cold War antagonism had to go somewhere. I thought everyone knew Suez and the loss of banking control in the Gulf was the last gasp of Empire. I guess that memo didn't circulate for the plebs in school.

Someone who does not live in the UK shows complete ignorance of what Brexit is about, now there is a suprise
A

A self-satisfied provincial missing blase sarcasm and banter. Never surprising. Brexit is pretty easy to understand from all sides. The main point of mystification, as with most current reactionary political projects, is whether their architects and leaders actually believe there's a productive long-term outcome available.

"If the willingness of elites to provoke forces for which they do not have a user manual has been on the rise for several decades now, until recently they still refrained from fully capitalizing on the possibilities that such popular energies held"

Neoliberalism Against Democracy?: Wendy Brown’s “In the Ruins of Neoliberalism” and the Specter of Fascism - Los Angeles Review of Books

Martijn Konings reviews Wendy Brown's new book, "In the Ruins of Neoliberalism: The Rise of Antidemocratic Politics in the West."