Cricket- the sport not the insect

Page 105 - Get up to date with the latest news, scores & standings from the Cycling News Community.
Sidebar Sidebar
Previous Next
M

Brullnux said:
England poor in the field too - root dropping a sitter on Australia's most in form player.

I think it is time for Root to lose the captaincy - he isn't made for it, he's an excellent batsman (normally) but being a good player ≠ a good captain. I expect some changes in the lineup too. Roy could be good enough but he'll need time, and perhaps an ashes series isn't the place to do it (shows the desperation of selectors though, and it's an understandable one). Buttler might drop from the side, denly too, maybe bairstow, with some county guys given a chance. Today was a true low point
Click to expand...

Agree about Root. His game is off at the moment and needs a reset.

movingtarget said:
It will be along those lines. Looks like one of the young guys will miss out. I am starting to think Australia won't play Starc at all in the test series. Unless they give him a run in the final test as it looks like being a dead rubber at this stage. Facing a fresh Starc in the one day games....................fair to say Khawaja and few others have also struggled with the bat. Luckily England have been worse.
Click to expand...

Facing a fresh Starc, angry that he didn't get to play in the test series? Not something I'd like to do.

42x16ss said:
Facing a fresh Starc, angry that he didn't get to play in the test series? Not something I'd like to do.
Click to expand...

The problem with this is there are no one-day games after the test series, remember our one-day series was moved forward to last summer due to the World Cup.

I’d play Starc at Old Trafford, which is usually the quickest pitch we have.

Bar an absolute miracle, this series has been a disaster for England, and that’s despite an Aussie team that has hardly set the world alight with thier batting.

It’s not like it’s been a new problem either, in the last 18 months they’ve been bowled out for less than 100 four times. I do think that the one-day success, playing aggressive, no fear cricket, has had some impact. Whilst finally landing the World Cup was a superb achievement, it’s come at a cost in the longer format.

Perhaps it’s time for them to make more of split between the test and one-day sides. Guys like Foakes and Pope should be good enough for the test team.
M

Well how things change in one day. Australia need to break the Stokes/Root partnership early or they could be in some trouble. The batting conditions seemed a bit easier but Alan Border thought that Australia bowled too short and didn't stick to line and length as much as they did in the first innings. The first two wickets came quickly but it was a nice fightback by Denly and Root that steadied the ship. About 15 years ago England chased down 303 on the same ground against Australia..........should be interesting. New ball should make or break the match and can be taken after 8 more overs.

Pricey_sky said:
The problem with this is there are no one-day games after the test series, remember our one-day series was moved forward to last summer due to the World Cup.

I’d play Starc at Old Trafford, which is usually the quickest pitch we have.
Click to expand...

Question is, who do you drop?

Difficult decision as they have all bowled well. Of all the bowlers, Cummings and Hazlewood have been the best.
M

Those overthrows and bad fielding could come back to haunt England. The next few hours are the most important of the test.

movingtarget said:
Those overthrows and bad fielding could come back to haunt England. The next few hours are the most important of the test.
Click to expand...

I'd say it was the getting skittled in just over 2 hours that will have been a bigger factor.

If England can survive and get through the new ball perhaps only 4 down, they will have a big chance, it does seem as though there isn't a great deal happening for the bowlers once the ball gets old. Windies comfortably chased down 320 here 2 years ago when the pitch flattened out on days 4/5. If the Aussies get rid of Root and Stokes early, its game over.
D

Stokes or Root our early and England have no chance, sounds like with 2 from 50 balls Stokes is determined not to throw his wicket away

Got to admire the application shown by England. It’s been a while coming.
B

Two stupid decisions undo all the good work.
B

Oh my word. One of the greatest test matches/innings of all time. Arise, Sir Ben Stokes
Reactions: Pricey_sky
M

Horrific result for Australia. Some mediocre bowling, a missed run out and a pointless review in the final overs. What was Tim Paine thinking to waste his final review ? Stokes was great and was always going to be the key for England with his ability to score quickly and hit boundaries. Hats off to England's number 11 as well under huge pressure. This can only give England a boost going into the next test and Australia will be wondering how that test got away from them. Australia virtually has to play Starc now plus they will get Smith back. England will probably have Anderson back as well. The craziness of the final overs kinda reminded me of the World Cup final.
Last edited: Aug 26, 2019

I didn’t think anything could pass Stokes’ knock in the World Cup final, one of the greatest performances and comebacks in the history of cricket.

England dead and buried less than 2 days ago, now its game on.

We shouldn’t let this fool us into forgetting just how poor England have been, and the need for a big rethink about the test team overall...but for tonight let’s just put that to one side and appreciate perhaps the finest solo effort to win a test match that was all but lost, ever!!
Reactions: Pricey_sky

brownbobby said:
We shouldn’t let this fool us into forgetting just how poor England have been, and the need for a big rethink about the test team overall...but for tonight let’s just put that to one side and appreciate perhaps the finest solo effort to win a test match that was all but lost, ever!!
Click to expand...

Yes I agree, once the dust has settled there are still some big problems to sort our for England, but if today doesn't inspire a few of them to buck their ideas up then nothing will.
M

Australia might be sorry that they dropped Siddle. His line and length discipline was sorely missed. Watching the way the pitch played on day 3 and with how Australia was bowling, I thought England was still a chance. When Australia didn't roll over the top of England fairly quickly the bowling started to look ragged. Some people might question also Paine's field placings and how he bowled Lyon. Not a game Australia will want to dwell on...............
M

Anderson ruled out for the rest of the Ashes 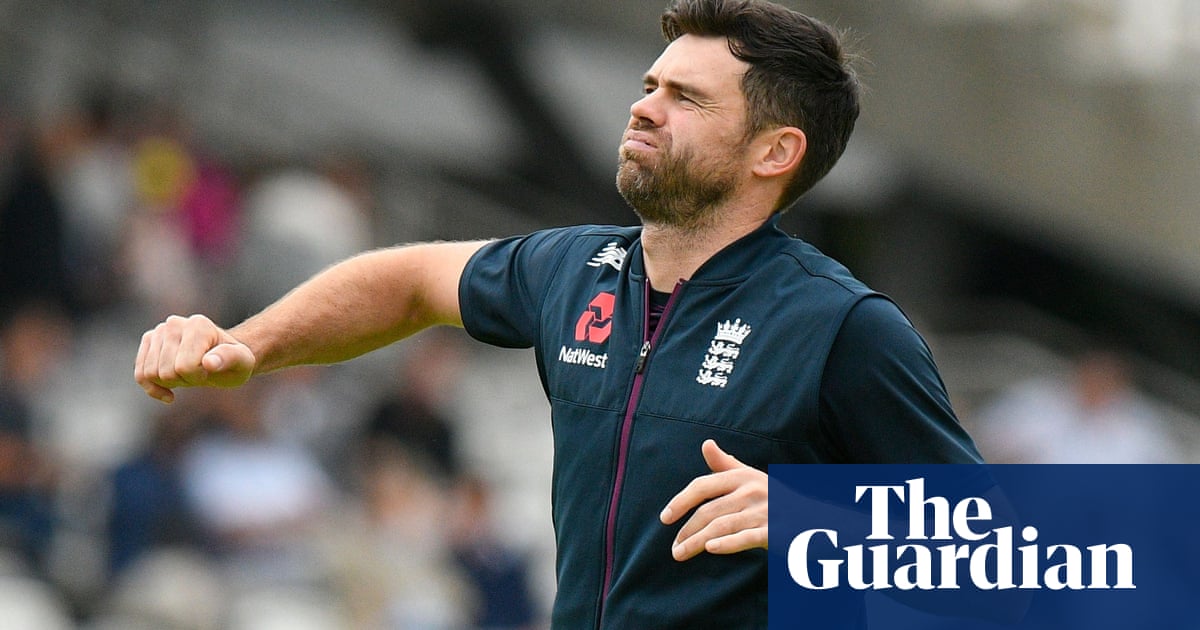 I get the feeling we may have seen the last of Jimmy Anderson, but with tours to South Africa and New Zealand this winter, perhaps he will give it one more year.
M

Khawaja dropped from the Fourth Test 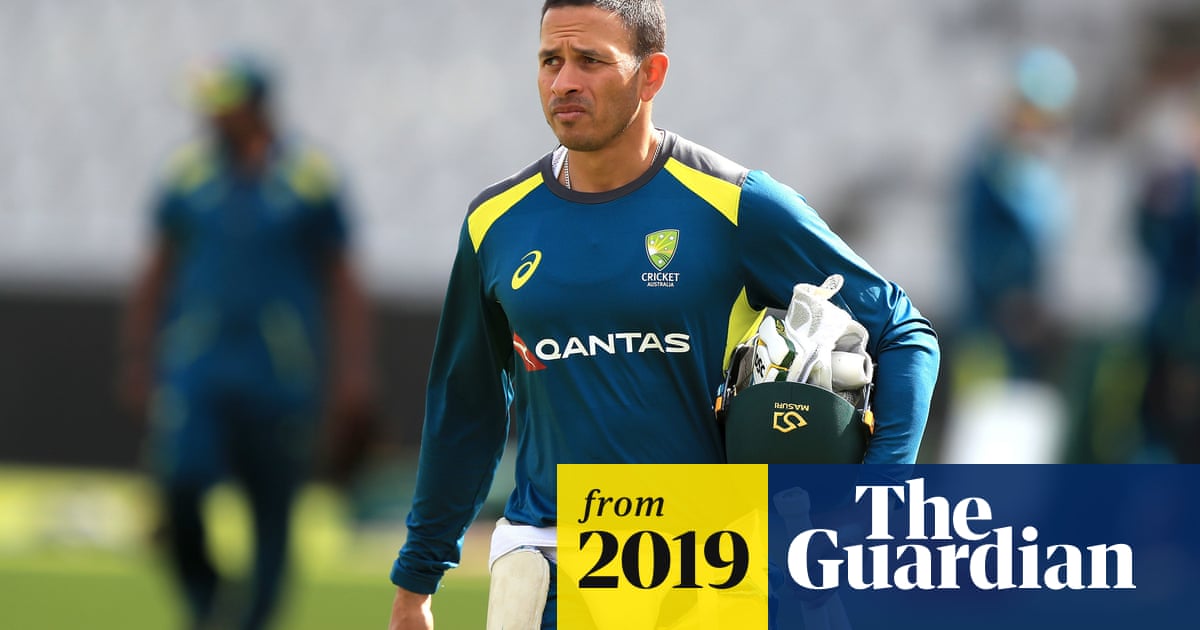 Usman Khawaja has been axed for the penultimate Test in Manchester, where Mitchell Starc and Peter Siddle are locked in a battle to claim the final spot

No surprise Khwaja dropped, at least they have stumbled on a better replacement

I would have preferred him opening with Warner TBH, with Harris dropped. At least Labuschagne is making runs as well as Steve Smith, just need Head and Wade to be more consistent.
M

It seems that Warner is only in the Australian team for his catching.................looks like Broad cannot not get him out ! Labuschagne century can't
be too far away. Australia seem to have found their number 3. That man Smith still difficult to move. The wind definitely had an effect on the bowlers. A quick wicket for England probably puts them ahead in the game especially with Australia's middle order not firing of late. Be nice to see Paine get some runs.
M

Catches win matches. England have had good chances against Smith and Paine. No balls don't help. Smith seems to be heading towards a double century. England's bowling has been a bit patchy. Australia in a good position with five wickets in hand.
You must log in or register to reply here.
Share:
Facebook Twitter Reddit Tumblr WhatsApp Email Link