The sheer scale of the seizures has surprised me, but yes, good point Sniper.
S

doesn't become clear from that press release whose initiative this is.
Here's an american press release that seems related (but not sure).
Operation is called "Cyber Juice"
http://www.dea.gov/divisions/hq/2015/hq090115.shtml
S

In the link Cathwoorg posted they speak of 19 drug labs.
in the corresponding BBC press release (from yesterday), they speak of 16 drug labs (and don't mention any of them being UK-based).
http://www.bbc.com/news/world-us-canada-34123490
as if the BBC were ignoring the three British labs?
J

He admitted the EPO doping and announced that he is quitting cycling. Perhaps he knows that he got no chance without juice.
A

Blaza Klemencic has been suspended with immediate effect by the UCI, pending a possible request for an assessment of the sample B. The out of competition suffered by the Slovenian (35) does not date from the last few weeks, but March 27, 2012. The urine sample Klemencic had tested negative at the time, but it was again analyzed in early September, this time with new detection methods: traces of EPO were therefore this time been found.

There are three, Blaza Klemencic was wearing the colors of Team Felt Oetztal X-Bionic. This season, she won the bronze medal at the European Championships and took 15th place at the world championships. After the announcement of the positive control, the Slovenian was immediately suspended by his team Team MTB Habitat, beating the Dutch flag. Robert Pintaric, compaganon athlete and assistant director of the structure, was also dismissed provisionally. If this doping case is confirmed, this is further evidence that samples can "talk" years later. A deterrent against potential cheaters. To be continued ...

Makes you wonder (not that there was any doubt) what the top 10's blood contained?

Failure to comply with testing should have been 2 years. Due to discussion with CIRC and information provided to them, CIRC suggested that the ban be reduced to 21 months. There was an appeal made, principally it seems, over the start date of the ban, and eventually agreed to be the date he refused to provide the sample.
D

Makes you wonder (not that there was any doubt) what the top 10's blood contained?
Click to expand...

This was the part that stood out for me:

"The information collected is of huge value to anti-doping authorities."

The information collected. Wonder if that includes historical details of who bought what over the 'net and when? If it does, there might be a few sweaty palms right now in the world of pro sports.
P

No point in even taking the sample. Contamination defense would win instantly. That they continued the collection looks shoddy as hell.


Dear Wiggo said:
No point in even taking the sample. Contamination defense would win instantly. That they continued the collection looks shoddy as hell.
Click to expand...

If you don't have the correct, sealed collection vessels and sample containers, don't even bother.

As Shane Stokes points out on twitter it's quite interesting that the organizations don't announce they haven't found any positive tests while they normally do announce it.

To be honest he could have tweeted that they'd forgotten the syringes and used a blunt knife to collect some blood and I would have believed it, this is cycling after all.
T

'Two beagles created using the CRISPR technology were customised to be born with double the amount of muscles as a typical dog.'

Anyone hazard a guess at to where this is going?


The Carrot said:
'Two beagles created using the CRISPR technology were customised to be born with double the amount of muscles as a typical dog.'

Anyone hazard a guess at to where this is going?
Click to expand...

Well for starters, I would hope the journalist is going no-where: "born with double the amount of muscles as a typical dog": even apart from the wrong preposition (as should surely be of) what additional bones are these additional muscles attached to? Double the amount of muscle mass/fibre, fine, but that sub-heading is subliterate. Building contractors wouldn't employ carpenters that can't use a saw: why do newspapers employ journalists that can't use the language? [/rant]

I've not access to the full study, but the abstract does give some numbers to athletes perception of anti-doping systems, and Tue's. The study was, amongst others used in a conference "taking the side of the athletes" if one can say that.

Two main elements of anti-doping efforts by the World Anti-Doping Agency (WADA), the obligation to inform on whereabouts in the Anti-Doping Administration and Management System (ADAMS) and the Therapeutic Use Exemption rule (TUE), directly affect athletes’ lives. Little is known about athletes’ perception and experience. French-speaking elite athletes (n = 69) from France, Belgium and Switzerland responded to an anonymous web-based questionnaire. We found strong ambivalence towards the whereabouts system. Some 94% considered anti-doping controls necessary, accepting them as part of athlete's duties; 34% considered that the system infringes too much on private life; 54% that it reduced the pleasure of being an athlete; 50% that it caused anxiety; 74% felt under surveillance; 54% found it too time-consuming; 57% encountered technical hurdles.Over half (58%) perceived inequality of anti-doping controls between different countries and sports[/color]. Trust in the system's capacity to detect doped athletes was incomplete (83% of those under ADAMS, 60% of those not). Concerning the management of TUEs, 49% of athletes had low trust in their management by authorities, suspected abuse by fellow athletes[/color][/color] and 46% had refrained from medically justified treatment. Similarly as reported before for Norwegian, Danish and UK athletes, our findings suggest that considerable dissatisfaction with ADAMS and TUE also exists among French-speaking athletes. We conclude that there is a need to improve these aspects of WADA's anti-doping efforts in order to increase athletes’ satisfaction and adherence to anti-doping policies.
Click to expand...

Amongst the speakers are Alessandro Donati (Coni), Hajo Seppelt, *** Pound, and people Behind CIRC and ADD reports.

At this year’s conference, doping takes a prominent place. Unfortunately, the Russian whistle-blowers former 800m runner Yuliya Stepanova and her husband Vitaliy Stepanov, a former anti-doping official, decided to pull out from Play the Game 2015 due to concerns over their personal safety. They feel threatened because of their testimony to a documentary that aired on German TV in the beginning of this year.

Instead the story about the allegedly corrupt practices in Russian and international athletics is told by German journalist Hajo Seppelt, the reporter behind the revealing documentary. Also the IAAF is invited to respond to the allegations, but their participation is uncertain as this programme goes to print.
Click to expand...

In a presentation entitled ‘Doping must be tackled at the source; the rest is appearance’, Italian doping investigator Allesandro Donati described what he saw as WADA’s structural inadequacies. While WADA’s Anti-Doping Code places specific obligations on athletes, doctors and coaches, he said, recent cases demonstrate that national and international sports institutions should be subject to more stringent obligations. In the worst cases, he said, sports institutions have worked against the aims of WADA in protecting doping users. The recent controversy related to abnormally high blood values that were detected by the International Association of Athletics Federations (IAAF) showed that many athletes were probably still beating the system, he said.

While WADA has good intentions, Donati said it is hampered by “huge limits in its competency and authority”, especially regarding the responsibilities it places on sports institutions. In some countries, he pointed out, national anti-doping agencies are directly dependent on the national sports institutions and therefore “deprived of autonomy and impartiality”. In other nations, agencies are autonomous only in appearance. When federations speak of defending their independence, he said, this usually means their political and commercial interests.
Click to expand...

The lack of compliance
In pointing to the lack of compliance in some parts of the world, Herman Ram got support from Richard W. Pound.“It is very hard to get any action, and it’s the same within the sports movement. Nobody really wants to pull the trigger. So there has been, in my view at least, an unwillingness to get to the accountability level. We have not really declared anybody in any country or federation non-code-compliant, and all those who think that all international federations are code-compliant, please raise your hands because I have a bridge in Brooklyn that I’d like to try to sell you after this session,” Pound said.
Click to expand... 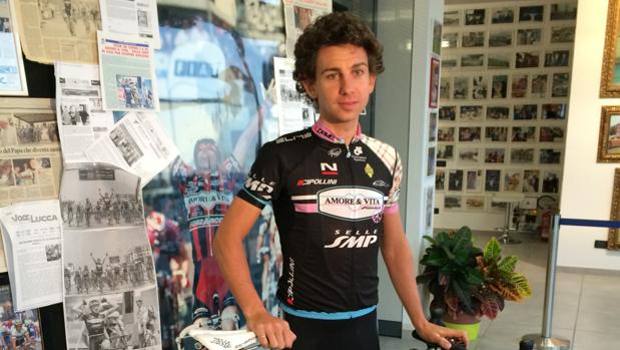 Just noticed this on the UCI site. Interesting.
http://www.uci.ch/clean-sport/therapeutic-use-exemptions/

8. Number of TUEs annually granted by the UCI