Page 38 - Get up to date with the latest news, scores & standings from the Cycling News Community.
Sidebar Sidebar
Previous Next

The ratings issue is complicated because of how they are calculated and the terrible broadcasting deals NBA have. I wouldn't be surprised if the same number of people are watching but many are now doing it through feeds that aren't counted as it's the only way the can watch some games. Get rid of blackouts, they're stupid. If teams struggle to fill arenas then they need to address that with ticket prices etc. They need to sort out the tip off times too. Starting Western Conference games at 10pm on the East Coast removes a huge part of your potential market.


The game also needs to change. The current rules around guarding have made it pretty much impossible to guard 3-point shots unless you're already close to the player and taller, and even then it's extremely hard. Why wouldn't teams jack up 50+ 3 pointers if they know that the guy shooting will draw a foul for any contact, even after the ball has left their hands? It's turning games into shoot-arounds. Bird averaged 1.9 3pt shots a game and is widely recognised as one of the greatest 3 pt shooters of all time. Reggie Miller was 4.7, Ray Allen was 5.7. Now look at the current players and Steph Curry is 8.6, Lillard is 8, Harden is 7.7, and was at 13.2 in 18-19!. Kyrie is 5.6 but has been at almost 7 for the past 4 years. Durant is 4.9 and has been as high as 6.7 in the past. LeBron is 4.4 but has be 5+ the last four years.
Reactions: movingtarget and gregrowlerson
M

It's hard not to hope that the Nuggets, Clippers, Suns or the Jazz finally get that title. My feelings with the Nets are mixed, because of the way that team has been put together.
S

bucks vs. nets feels like true finals, whoever comes from that is gonna be the biggest favourite, nets have noone to stop giannis, he should be shooting 40 times a game
Reactions: movingtarget

I'd be cool with the Bucks winning it. The emphasis that's put on winning a title now has almost made watching Giannis an afterthought when really every game he plays should be sold out and generating massive viewing figures.
M

Lakers bounced, Clippers next ? Denver go through. Some interesting second round match ups on the way.
B

Funny how Lakers and Clippers fans have been trolling each other this playoffs when it looks likely that both will be bounced in the first round
Reactions: movingtarget
B

It looks like Brooklyn is going to cruise to the conference finals even without Harden. Philly should get there as well.
Phoenix looked good against Denver. This could have been a way better series with Murray in last year's playoff form there.
Not sure if it is a good sign for Utah they only just won game 1 when the Clippers had way less rest and both stars (especially PG) underpeformed.
M

Bonimenier said:
It looks like Brooklyn is going to cruise to the conference finals even without Harden. Philly should get there as well.
Phoenix looked good against Denver. This could have been a way better series with Murray in last year's playoff form there.
Not sure if it is a good sign for Utah they only just won game 1 when the Clippers had way less rest and both stars (especially PG) underpeformed.
Click to expand...

Utah looked rusty and Conley was out. I think they will improve. Mitchell and Gobert saved them in game one. Could be a long series. I think Denver can still push Phoenix to a long series. 76ers should win if Embiid is on the court. Be surprised at this point if the Bucks series went more than four. Once again the Bucks look underwhelming after the first round.
M

Might have to change my mind about Denver. At the moment Phoenix seem to have it under control.

Phoenix looking good but I'm still a little surprised that they swept Denver. Bucks level the series and the Nets couldn't afford another injury re Kyrie's ankle sprain. Clippers and Jazz are at an interesting point in their series. Jazz got blown out in the last game.

If the Nets lose Kyrie and Harden isn't back they could be in trouble. Having 2 wins gives them a buffer to bring those 2 back but KD is going to have to massively step up and possibly play as a facilitator which isn't who KD is.
Reactions: movingtarget
M

Clippers and Jazz 2-2. Clippers won the last two games convincingly. Atlanta and 76ers also 2-2 with Atlanta getting home with a strong finish after being behind for most of the game. Three good series still alive after Phoenix progressed.
M 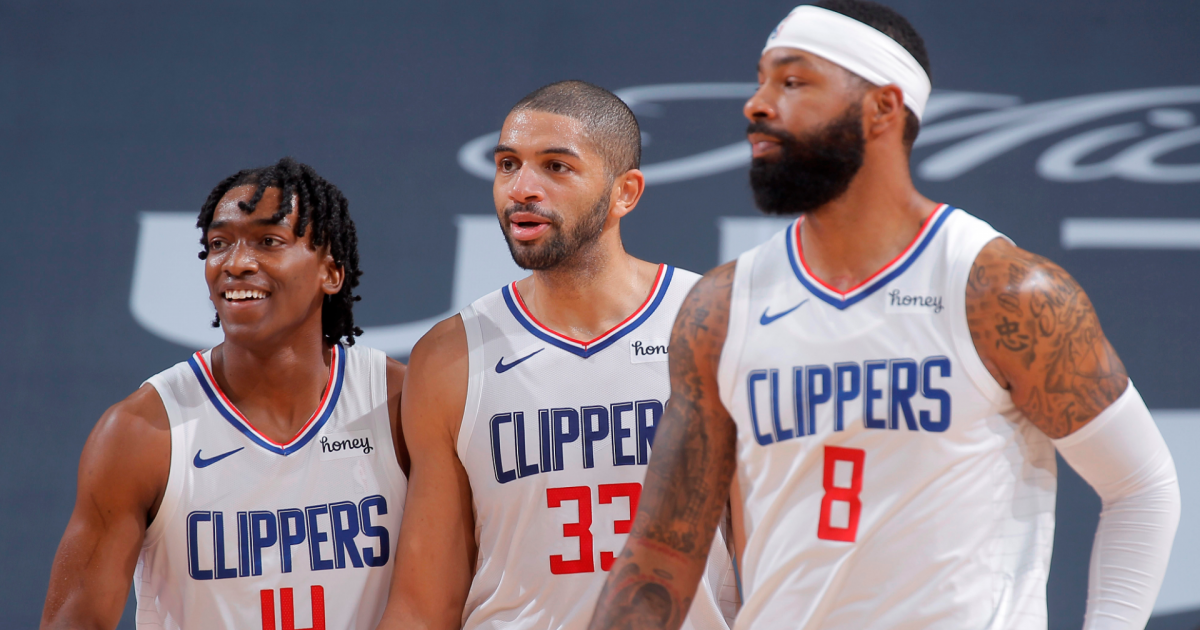 NBA Playoffs 2021: The small-ball lineup has unlocked the Clippers

The Clippers have embraced their small-ball identity over the past two games and now find themselves right back in the series against the Utah Jazz.

King Boonen said:
KD. That is all. Wow.
Click to expand...

Bucks seemed to have that one under control until the final quarter. They have the job ahead of them now especially if Kyrie plays the next game. And Embiid is in doubt for the 76ers game which puts them in a hole. Conley probably won't play for the Jazz again in the next game which is also an ongoing problem for them.
U

I am saying Suns..
M

Unchained said:
I am saying Suns..
Click to expand...

No doubt the form team but with CP3 in Covid protocol and having injury issues there must be concerns. They need him, to go further probably.
M

Good win for the Bucks to force a game 7. Can the Jazz and 76ers do the same ?
M

The Jazz will be very disappointed after such a good start to the game, to lose like that to the Clippers without Kawhi. Clippers go through, two game sevens to play. Both look like tight games on the way.

The Bucks take it. I can’t really see this as anything other than a failure for Brooklyn.
S

its hardly a failure when you have so many injuries, on the other hand, they could have been swept if they played a competent team (which luckily there isnt one in the east anyway ), i kinda feel bad for Durant, he was great even tho its his fault to tie himself to a human ball and chain (irving)

hoping for 76ers in conference finals to pair with bucks - i really dont want to see more of bad trae young haircut - two teams that cannot stop shooting themselves in the foot, ultimately tho you can hardly not to cheer for Pandemic P and the Clippers, with kawhi and cp3 out he actually might be the best player left in the west, i would like Clippers to win it all, followed by bucks,76ers and suns
U

Who knew Reggie Jackson could be so good at basketball and baseball..and he looks fantastic for his age!!!
M

76ers go out, another disappointing loss for them. You have to wonder what the future for Simmons is at the 76ers. If Harden was fit I have no doubt that the Nets would have progressed. Kyrie missing is not unusual, he misses a lot of games and usually at the worst time. Phoenix had a good rest and seem to be the form team at the moment and no Kawhi just makes it easier for them. It will take a very good team to beat them. Don't see the Bucks losing to Atlanta.
You must log in or register to reply here.
Share:
Facebook Twitter Reddit Tumblr WhatsApp Email Link