The longest time trial ASO have included since 2014. Normally it would be a decisive day, but there isn’t much left to decide after the repeated carnage in the mountain stages, unless we get the Planche des Belles Filles TT on steroids today.


Route description
Rolling TT on the often-narrow roads of the causses of northern Quercy. The start is in Lacapelle-Marival, a small, relatively unassuming town that developed following the construction of its castle in the 13th century. The route initially heads northwest to the first time check in the village of Aynac. Continuing in the same direction here would have allowed the race to pass by the Gouffre de Padirac, France’s most-visited cave, but instead they turn west-southwest to Gramat, largest town in this part of the Quercy and the second intermediate. The riders leave town on the opposite side and continue in the same direction as far as Couzou, the final time check.

Here the route turns north and becomes a lot harder. After a short descent, the riders will take on the Côte de Magès, the hardest hill of the TT until this point.

However, this is certainly not the hardest climb of the day. After another descent, the road kicks back up for the difficult Côte de l’Hospitalet, leading into the finish at Rocamadour. The first part of the climb ends with a short tunnel and a hairpin to the right. Shortly after this, there’s a Y junction. Here we stay on the main road, keeping right, whereas the Route d’Occitanie headed left on the steeper, narrower road when it finished here in 2020. The variant used today (and also before the finish in that Occitanie stage) is still plenty steep though, heading through a short, unlit tunnel in another hairpin (this time to the right). Its summit comes at 300 metres from the line. Annoyingly, the profile on the Climbfinder page doesn’t work, so the PCS profile from the Occitanie stage it is. 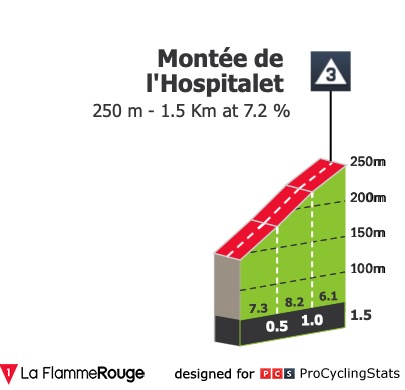 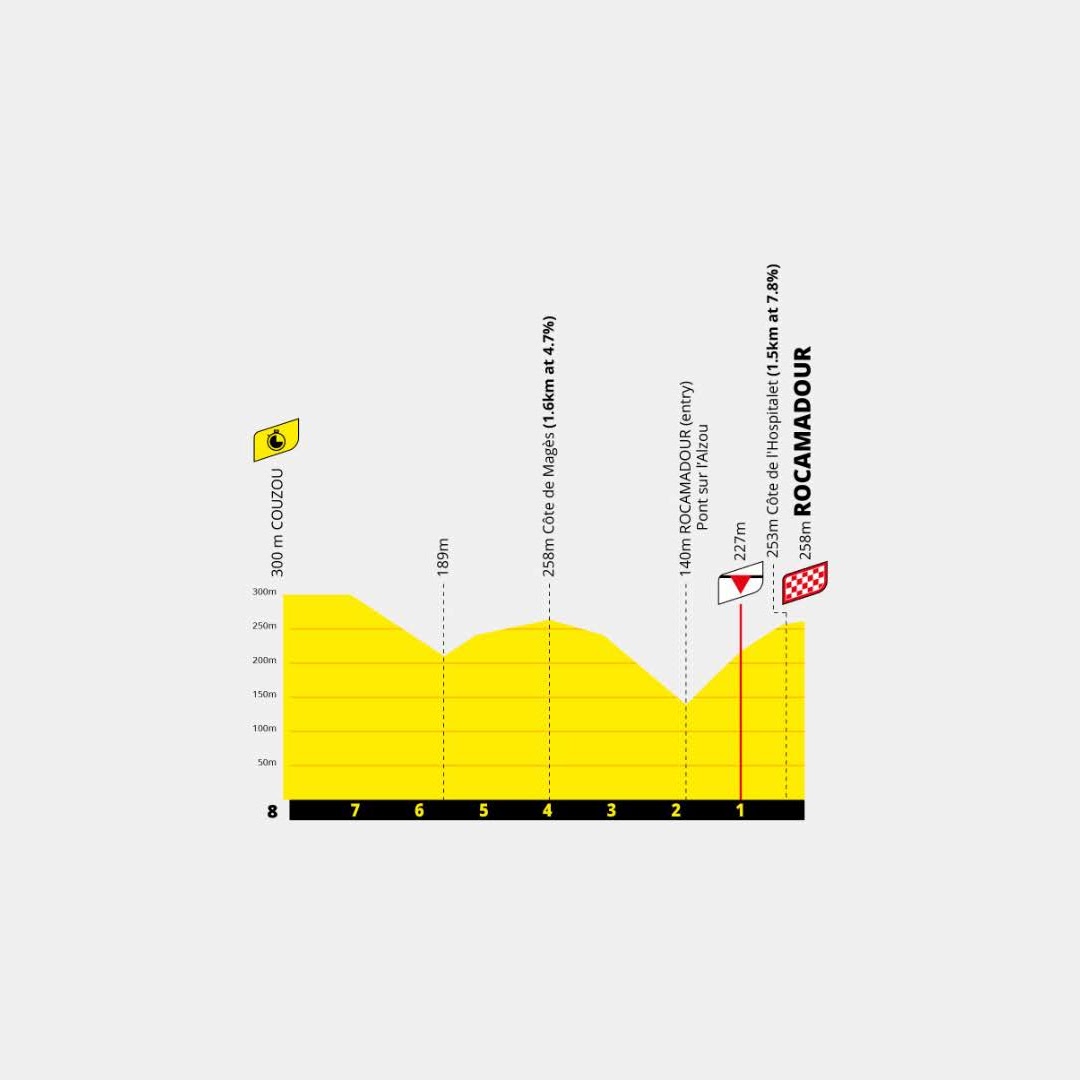 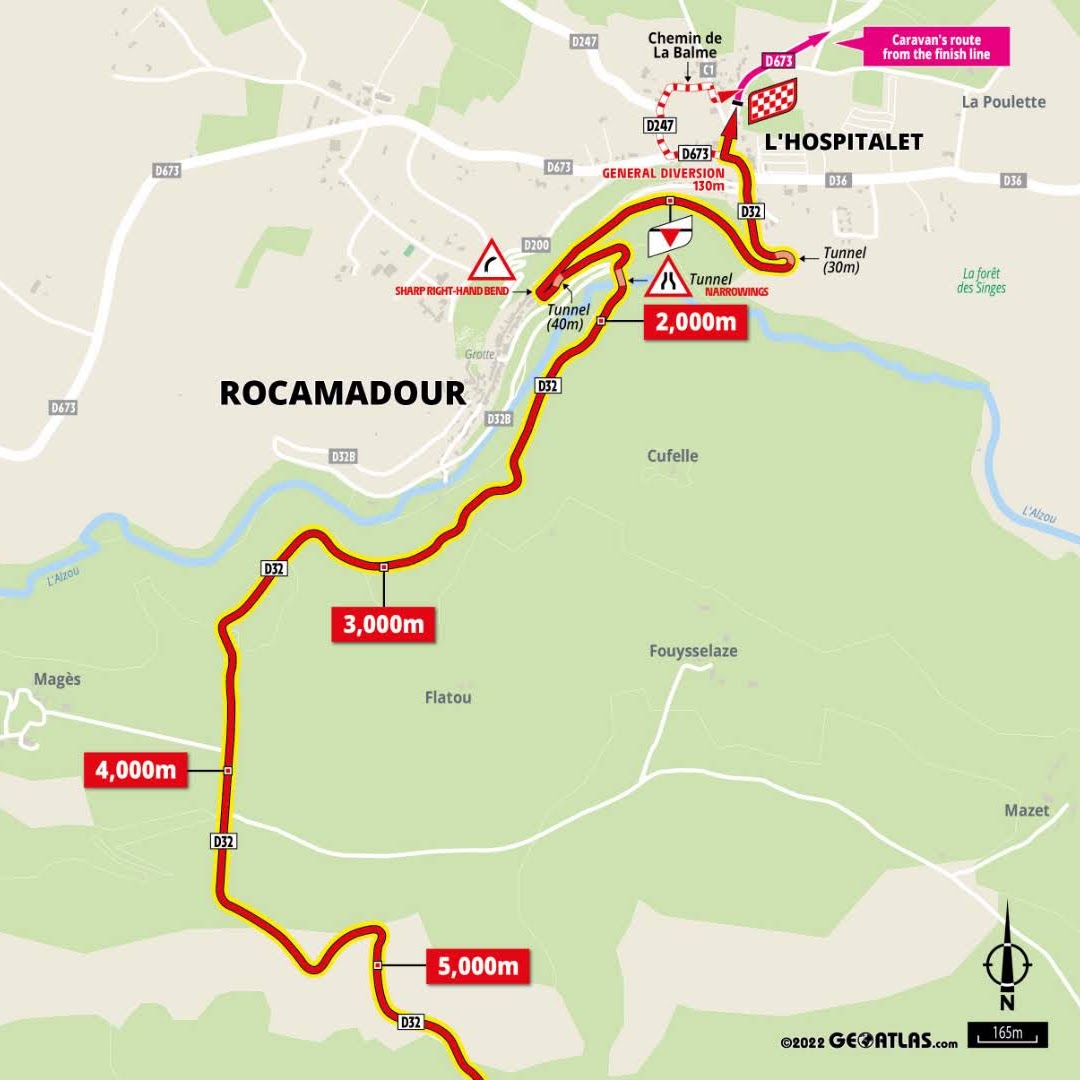 Rocamadour developed as a pilgrimage site in the 12th century, built into cliffs in spectacular fashion. Much like Cahors, the Hundred Years’ War dealt the town blows it never fully recovered from. Over the course of the past century, pilgrimage has slowly been replaced by regular tourism – it gets very busy here in summer, so the Tour should fit in well with that. 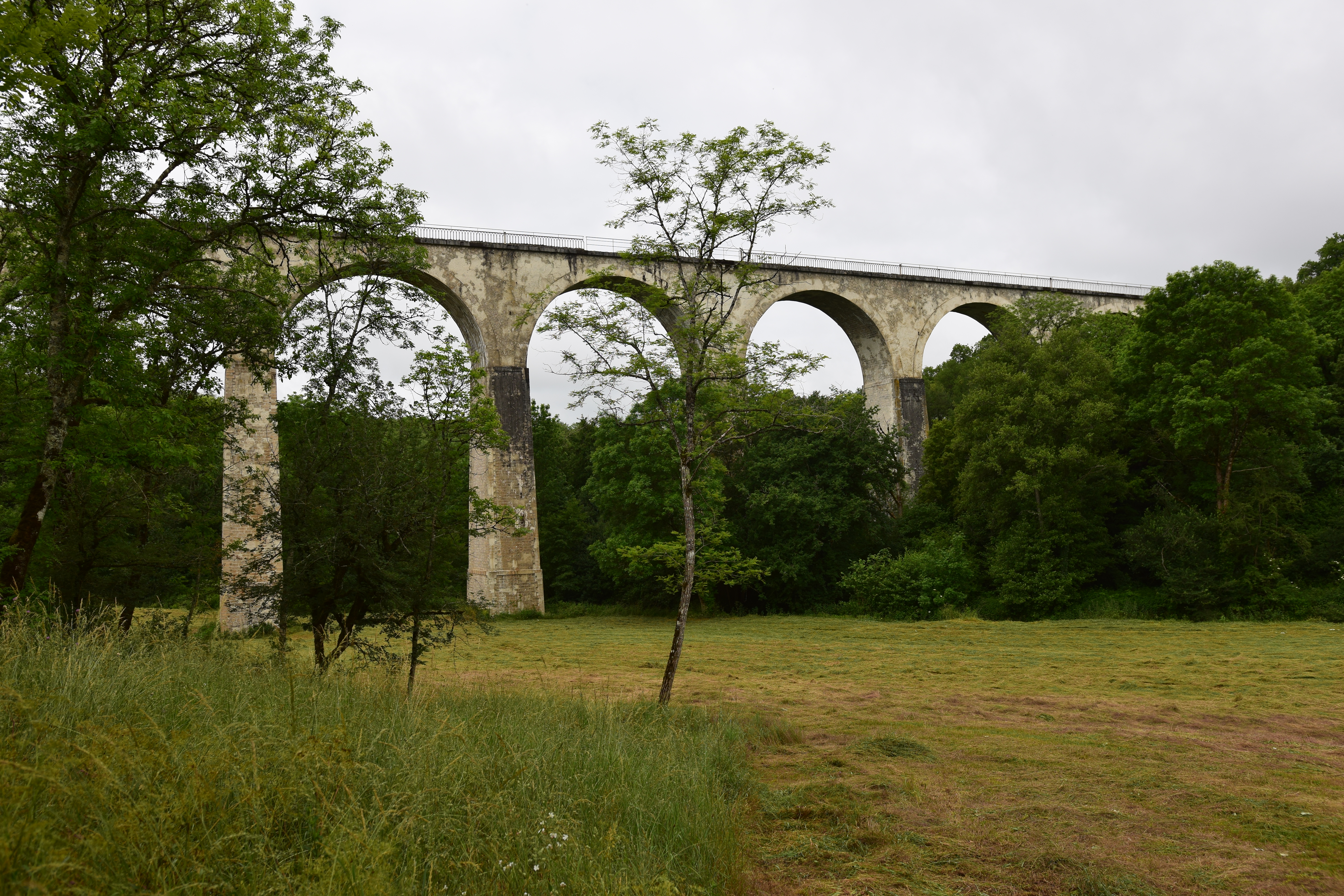 Railway viaduct over the Alzou between Rocamadour and Gramat.
Reactions: Tricycle Rider, Tonton, jsem94 and 8 others

Another easy Wout win. It's not even a competition at this point, just a demonstration.
Reactions: Ilmaestro99

Pogacar to pull a Contador vs. Cancellara and win against Wout.

Realistically speaking I guess WVA but it has been a long Tour.
Reactions: SHAD0W93
R

Shouldn't Filippo Ganna be winning this one?

I feel he's done nothing whilst WvA has been racing hard every single stage, so logic says the world champion take this one. But logic isn't really a thing in this TdF so who knows.
Reactions: ppanther92, Tonton, Sandisfan and 3 others

I pick Ganna, hasn’t done anything since his breakaway efforts on stage 13.
Reactions: Sandisfan

Pogi to LPBF this TT and win this Tour with 17sec.
Just kidding, it's Van Hooydonck's turn
Reactions: SHAD0W93, Cassirer and Carrick-On-Seine

Rackham said:
Shouldn't Filippo Ganna be winning this one?

I feel he's done nothing whilst WvA has been racing hard every single stage, so logic says the world champion take this one. But logic isn't really a thing in this TdF so who knows.
Click to expand...

Ganna and Van Aert are the two favourites for this based on past time trials however Ganna was far from impressive on stage 13 breakaway and I think that he is not in great shape and while Van Aert has been working a lot he also has a great recovery ability so I go with him for this one.
Reactions: Sandisfan and red_flanders

Top-20 off from 16:22 at 2 minute intervals
Reactions: Sandisfan and GroupDK
S

I think the most interesting results will be the “battle” for GC positions 4-8!

And just for me, I’m looking forward to the aerial views of Rocamador—tried to get there once but ended up not having the time.
Reactions: Tonton, SHAD0W93, Sandisfan and 2 others

Pogamon will be putting the hammer down. Flying in via the HurtigJoachim playlist on Spotify while Mauro Gianetti will die yet again, but also survive again, due to the shock his rider will give him.

I hope for fireworks tomorrow. Put nails on the road and brown soap in the corners.

Pogacar to put a minute and a half into Vingo on this one. Not enough to win this year's Tour, but good psy-ops for next year.
Reactions: SHAD0W93, Sandisfan and Didinho

I feel like Pog and Vingegaard are both flying right now. Pog to take 40 seconds, both end up in top 4.

red_flanders said:
I feel like Pog and Vingegaard are both flying right now. Pog to take 40 seconds, both end up in top 4.

Wout to take it by 5 minutes on a road bike
Reactions: Sandisfan, Didinho and JosefK

After breaking his chain twice (too much strain on the pedals) and getting bike changes.

Bissegger is still in the race, but Cort isn't.
Reactions: jsem94, Sandisfan, Didinho and 1 other person

The fight for 5th and for the stage will be interesting. Everything else is settled.
Reactions: Sandisfan

Just to add insult to injury
Reactions: Tonton, inri2000, Sandisfan and 3 others
A

Which Jumbo rider hasn't won yet and will be allowed tomorrow? WVA will make Indurain's TT round Luxembourg look btec

Van Aert is the logical favorite. Has there been any report on Ganna?

I think Laporte and Vingegaard are the only outsiders over Pogacar. But then probably too long for Laporte.
Reactions: Sandisfan
T

I think Wout wins and then Ganna. Not sure how Ganna is after all the mountain stages but we all know Wout is strong atm
Reactions: Sandisfan
J

49 minutes and 50kph appear to be the marks.
Reactions: Sandisfan