Page 632 - Get up to date with the latest news, scores & standings from the Cycling News Community.
Sidebar Sidebar
Previous Next

Next, in the "maglia azzurra" at Giro dell'Appennino, last test before the Worlds, Saturday.
Reactions: Red Rick

Rollthedice said:
Next, in the "maglia azzurra" at Giro dell'Appennino, last test before the Worlds, Saturday.
Click to expand...

Can't find the route anywhere!
Is it hard enough?

Apparently, since 1963 climbing times for Passo Della Bocchetta are recorded.

If he goes under 24:00 he is right on schedule.
Reactions: Carols and Rollthedice
I

I expect him to be awful in Imola but ok for the Giro. Almost all key stages are more than a month away, he can build form for the last 10 days, which will be the decisive one . Yes of course he may suffer on Etna in stage 3, but then is there really any decisive stage before the ITT in Valdobbiadene?

He will be there for the podium, I guess. Whether he can fight for the win depends less on him and more on the level of others: he would lose against 2018 and 2019 Thomas, or possibly 2018 Yates, or if one of the younger guys steps up his game big time. High floor, low ceiling in other words.

[By the way, looking at the Tour and playing the IF game: where would you have a 2019 Vincenzo in the GC? I reckon JV riding style does not really suit him, but I would argue he could still fight for the podium?]

Nibali in the Tour?

Somewhere in the top 10.

-s.t. as Porte group on stage 9
Echelons are up in the air

Best GC stages for him would 100% be Col de la Loze and the ITT which might net him a 3rd place. I'd have him between 3rd and 5th.
Reactions: Rollthedice

This morning recon with Cassani on the route for the worlds, Imola.

i think he is sandbagging in TA. he was 6th in Lombardia just last month. Maybe sick

Could be, didn't watch closely. Here anybody can see all the details:

Short reaction after the recon today:

"The route is difficult and selective, there are two very intense climbs. The second in the final part is really hard, then there is a long descent that leads to the circuit. To be protagonist you need great freshness and good legs, as well as an excellent organization of the team".

Two negative tests for Ciccone, all clear. As the late Michele Scarponi after Colle dell'Agnello, he'll be waiting for his captain to arrive and deliver him to glory.
Reactions: Red Rick

Nibali tries Imola's world path: ′′ I don't know if I'm ready ′′
Our #Shark discovers the track, riding among doubts: ′′ If I'm ok, it can be suitable for me. I'm looking for the condition, but I can't find it ′′

On last interview Nibali didn't seem particularly convinced about his possible form for Worlds, I think on Saturday we could have a more precise answer.

Greatest sandbag incoming ( and no one can convince me otherwise )
Reactions: Rollthedice and topcat

Forever The Best said:
Greatest sandbag incoming ( and no one can convince me otherwise )
Click to expand...

Actually there's a sincere interview in Gazzetta that Climbing was referring to. It doesn't sound good. He doesn't know if he's ready for the Worlds, told Cassani about it. He is searching for his form but was unable to find it. In T-A was searching for something more but it didn't arrive. Asked if this can relate to the Giro also, he said yes.
Reactions: Red Rick and Carols

Rollthedice said:
Actually there's a sincere interview in Gazzetta that Climbing was referring to. It doesn't sound good. He doesn't know if he's ready for the Worlds, told Cassani about it. He is searching for his form but was unable to find it. In T-A was searching for something more but it didn't arrive. Asked if this can relate to the Giro also, he said yes.
Click to expand...

*** that I'll just ride this season off to COVID then and Nibbles Giro 2021 #1 favorite confirmed.

That said I wonder if he's not better off getting some more input from other coaches than Slongo.

It's too late to switch trainer and training regime, but I strongly advocated it at the end of 2015.
All in all they won so much together that it's a bit hard to argue against Slongo-Nibali cooperation.

Don't think he's bluffing, something didn't work out as planned is my guess, maybe they're just a bit late.
I have little doubt he will be on good level for Giro, but for Worlds who knows...
Reactions: Oliver and Red Rick

Maaaaaaaarten said:
This will make things very easy for me, you see, I was wondering whether Nibali was a likeable rider or not. Now, if he goes to BMC, clearly he isn't a cool rider and nobody should support him. If he goes to Astana on the other hand, chances are he'll turn out to be a very cool rider, very likeable, and I'll cheer for him.
Click to expand...

Been checking out some of the early posts. Bit of nostalgia.

I think that this quote from way back in the day kind of sums up how Nibs ended up being viewed on this forum
Reactions: Rollthedice
V 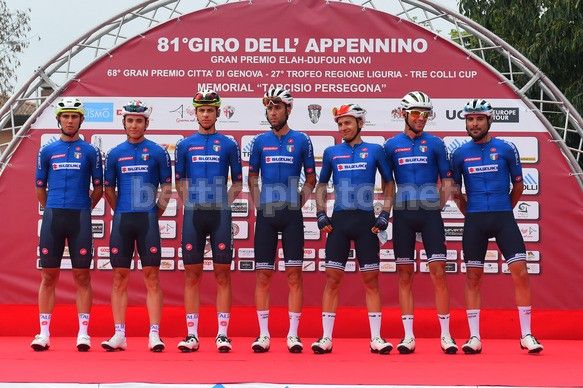